A mythical Greek giant who was a thief and a murderer. He would capture travelers and tie them to an iron bed. If they were longer than the bed, he would hack off their limbs until they fit it. If they were too short, he would stretch them to the right size.

A “procrustean” method is one that relentlessly tries to shape a person, an argument, or an idea to a predetermined pattern. 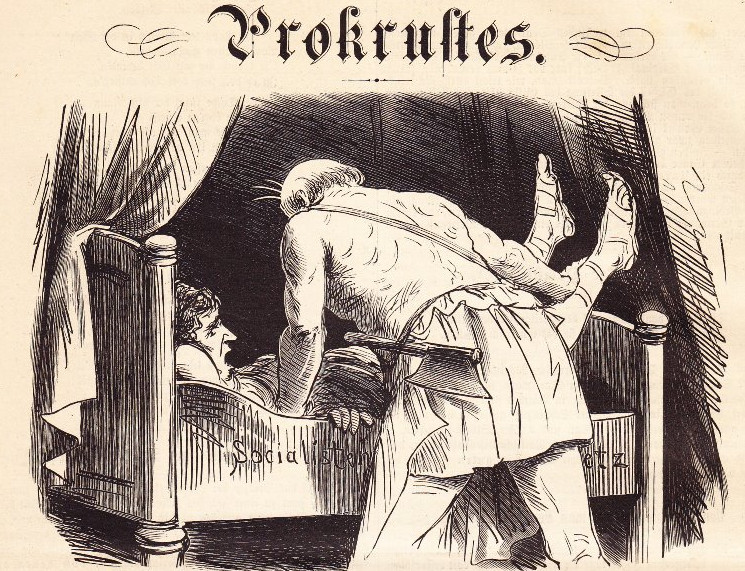