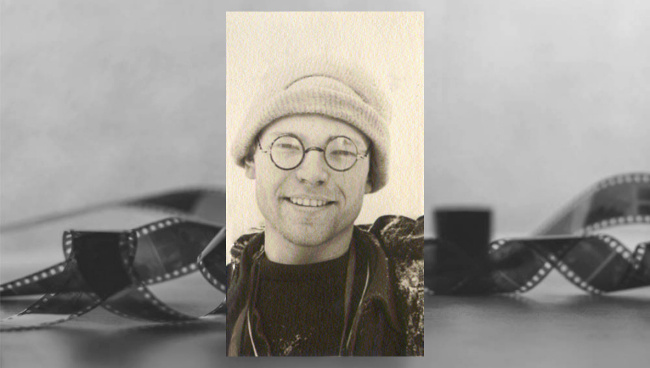 About the prosecutor Lev Nikitich Ivanov and Dyatlov group

An article from "Ural Pathfinder" №1 2013 magazine prompted me to write this letter. I wanted to: A) say some kind words about the prosecutor L.N. Ivanov and
B) give my theory about the reasons for the death of the Dyatlov group.

In 1959, our hiking group under the leadership of Evgeniy Chubarev made a ski trip in the Northern Urals in the region of the Olvinsky and Konzhakovsky Stones, which is 200 km south of the Dyatlov pass.

Two years before the tragedy, in 1957, Evgeniy Chubarev and I took part in a winter campaign led by Igot Dyatlov in the area of ​​Mount Ekvachakhl and the Ivdel River, which is only 60...90 km south of the notorious Mt Kholat Syakhl. Both Zina Kolmogorova and Kolya Thibault-Brignolle were on this expedition. Therefore, we perceived the tragedy especially acutely. Our campaign in 1959 began after the death of the Dyatlov group, but UPI did not yet know about the tragedy. It was known that Dyatlov's group did not meet the expected return dates, there was no telegram from them, which the group had to send immediately upon arrival at the first "populated area", from the post office or in any other way. Nevertheless, our group was "let to go". On one of the first days of our trek, at about 8 am, we saw a luminous round sphere the size of a full moon, silently flying in the sky, but with blurred edges, which was apparently explained by a frosty haze hanging in the air. "Something" flew horizontally, just above the forest, from south to north. The duty officer who got up earlier, and that was the leader, Evgeniy Chubarev, was the first to see the flying object and began to urge us to get out shouting: "Miracle! Look, a miracle!" Many did not believe and remained in the tent. I was on the edge, willy-nilly, got out and watched everything described for, probably, two or three minutes. Returning from the trek, we learned about the tragedy. By that time, not all of the dead were found, only at the cedar and on the slope. While preparing the next search group I met Sergey Sogrin - we went to the so-called "Chekist town", to some warehouse, where we were given two backpacks of various hiking and mountaineering equipment. It looks like the equipment was of German production, "trophy".

The next day Evgeniy Chubarev told me that they were waiting for us at the regional prosecutor's office at 2B Malysheva St. In addition to Zhenya and I, Yuri Yudin was invited, the one who, having left the route due to illness, escaped a grievous fate. We were met by L.N. Ivanov. He introduced himself, took us to the photo lab and explained the task: we must print as many photographs from the films of the members of the deceased group as possible in order to distribute the pictures to the families of the deceased, as well as to our friends and members of the UPI hiking club. To our question: "why?", Lev Nikitich gave a strange, as it seemed to us, explanation: "In case someone wants to imply that what happened is the result of improper leadership and confrontation inside the group."

In the darkroom there was the equipment we were familiar with: an enlarger, baths, a red lamp, tweezers. There were paper packs of developer and fixer, as well as bags of 9x12 photographic paper. Yuri Yudin did not work with us for long, only the first run of all the films. We printed photos for two full days. On some films, hiking photographs were followed by photos of corpses taken by those who found the dead. We did not reproduce these frames in many copies, only - two or three. Unfortunately, in my memory there are no frames left about which Valentin Yakimenko writes in his article. Neither I nor Zhenya Chubarev paid any attention to them, for us they were technical frames.

The photos were from the trek. They were joyful, posing at a halt. Here they hike with their backpacks. The last photographs show how, already at dusk, they level the site and set up a tent.

Zhenya Chubarev took a whole set, including of the bodies, I limited myself to four photographs, which showed people I knew in happy times. Zhenya Chubarev gave the rest of the photos to the hiking club.

While printing the pictures, we involuntarily discussed the possible reasons for the death of the group. It was unthinkable that people or animals forced them to leave the tent. It was only later, under the impression of the "horror" stories I heard, the idea that "in those places" everything could be shuck up on me... But then, in 1959, we had no doubt that the reason was not criminal, but something created by wise and honored Soviet people. Now this is called a technogenic factor. And most of the facts confirm this theory. Yes, the hikers left the tent, frightened by something. Half-dressed. No equipment. It's cold, 20 degrees below zero.

But! This is not enough to kill such young, but already experienced and, most importantly, teamed up group. On the ski track during the day, even in the thirty-degree frost, the hikers is usually dressed a little better - a sweater and a wind jacket get wet with sweat. The famous weirdo Ivanov walked in the cold in his shorts.

It seems to me that the guys were not just scared, but were poisoned or irradiated. There are plenty of options for such a scenario. For example. Heptyl, which appeared only in 1960, probably had equally poisonous predecessors. Or there were reports in the media about the claims of Canada, on whose territory our satellite with a radioactive power supply on board ended its existence. There have been reports of neutron weapons striking anything that can move independently.

Another example is the testimony of specialists who participated in modern tests of intercontinental missiles launched from submarines. After a successful missile launch from a submerged position, the submarine hull is cleaned. At first, without surfacing, the boat changes the depth of immersion, "dancing" in place and rinsing its hull with sea water. After surfacing on the deck, a special team in protective overalls rises and from cannons with hot water and chemicals processes all the surface structures of the boat. Only after that the crew and specialists are allowed to go to the deck. At the same time, there is an unfamiliar smell in the fresh sea air, and a sweetish taste in the mouth.

Fuel sprayed in the air, such as kerosene, could also injure the hikers. In this regard, I recall the events in which I was a participant. I will tell you in detail, especially since now they are again talking about "dual-use structures". In Soviet times, with a planned economy, strategic plans to provide the population with places in shelters in case of war were not systematically implemented. Until the 1950s, when constructing residential and public buildings, "civil defense objects" were arranged in the basements. They stopped making them in the five-story "Khrushchevs". They forgot about them almost forever and not just because of Russian negligence. The requirements for civil defense structures in the event of a nuclear strike are so complex that it is almost impossible to fulfill them within the framework of residential and public construction: it is terribly expensive, and there is not enough space, etc. During perestroika times, we got acquainted with the foreign experience of creating such shelters. For example, in Scandinavia, civil defense facilities were located in abandoned mine workings, and in peacetime were used as public entertainment centers. In Sverdlovsk, the "pioneer" in this matter was the Chairman of the Regional Executive Committee Oleg Ivanovich Lobov. One of the options he was considering was the device of a detached, spacious, large-span structure that meets the requirements of civil defense, and in peacetime is used as a sports facility: weightlifting, volleyball (Oleg Ivanovich Lobov himself, like Boris Nikolayevich Yeltsin, was active volleyball player).

The desire of the regional leadership was embodied in the project of such an object, which was built in Sverdlovsk. However, it was suitable only for peaceful use, and not entirely for civil defense. The supporting structures were prefabricated reinforced concrete, the so-called three-hinged arches, suitable for shelters of military equipment and capable of withstanding the pressure from the explosion of a tactical atomic charge at a distance of five kilometers from the epicenter. Yes, these were solid structures tested at the Novaya Zemlya test site. But they did not save people from radiation. It was decided to build such a shelter at the Chebarkul training ground and test it. Our institute designed the object, military builders erected it pretty soon - prefabricated structures are assembled quickly.

Supervised the work of O.I. Lobov, then already Deputy Prime Minister of Russia. His assistant arrived in Sverdlovsk, and together with the employees of the UKS of the Regional Executive Committee, we went to Chebarkul, where a group of specialists from civil defense and explosives with the rank of colonels joined us. Everyone was interested in the question of how the effect on the structure would be achieved, similar to the passage of a wave from an atomic explosion: first - huge pressure, and then - vacuum.

On the spot, those interested were explained and shown. Two hundred-liter barrels of fuel (kerosene or gasoline) are placed around the structure. There are many of them, according to an accurate calculation. The barrels are connected to pipelines through which compressed air will be supplied under high pressure. The air will squeeze the fuel out of the barrels. It forms a cloud ready to explode. It is enough to shoot from the rocket launcher to cause a monstrous explosion. In addition, the charges placed there will detonate and explode directly on the roof of the structure. The volume of the exploded cloud will be enormous. After the explosion, a vacuum is formed in this volume. Everything is like an atomic explosion.

I can reassure the readers. This scenario did not happen. Oleg Ivanovich Lobov, against his will, left the high post and the project was forgotten.

1. In 1959 we set off on a expedition under the leadership of Evgeniy Chubarev by night train on Feb 13, 1959, on the ski route: Pokrovsk-Uralsky - Olvinsky Kamen - Konzhakovsky Kamen - Kytlym settlement - Karpinsk. We started off on Feb 14 an hour before midnight. The night from Feb 16-17 we spent in a dilapidated hut, crammed in the dark. In the morning, at about 8 o'clock, we saw a luminous sphere moving silently across the sky, low over the forest (in front of the hut there was a treeless wasteland) in the northern direction. We saw it moving from left to right, that is, looking east. It is possible that the object flew directly over the Elovaya Griva ridge, to which it was 10-15 km from the observation point. Or even further: over the Sosva valley or over the Ural ridge.
We returned to Sverdlovsk late in the evening on Feb 27, 1959.

2. On Feb 17, 1959, Evgeniy Chubarev was the cook on duty, who got up before everyone else and had already lit the fire and melted snow. Further, I present an excerpt from the diary of a participant in the trek, T.O. Laufer:
"Feb 17, 1959.
... We were awakened by Zhenya's cry: some kind of curse-name-calling, and then: "Look - a miracle, a miracle!" We jumped out right in our socks and saw something moving across the sky the color of the moon, some kind of nebula that was growing all the time, diverging in concentric circles or spheres. In the center from time to time a luminous star-dot flashed, from the horizon stretched like a trail, too, of a milky shade. We decided that a satellite was launched or something like sodium flares. But who launched it? In the direction (it seems from the south) we decided that it's ours."