The inventory shows 4 cameras, but based on known films and photographs there were at least 5. We have the negatives of 6 films: 4 films were still inside the cameras, and 2 more rolls were found in the tent. There are loose photos that do not belong to any of these 6 films. Some of them were developed by Bienko, the student that did not go and Zolotaryov filled on his place in the group.

In 2009 researchers Aleksey Koskin and Yuri Kuntsevich gained access to the archives of the late lead investigator Ivanov. The numbering of the films is taken from Koskin's photo archive. 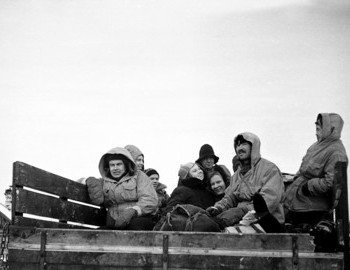 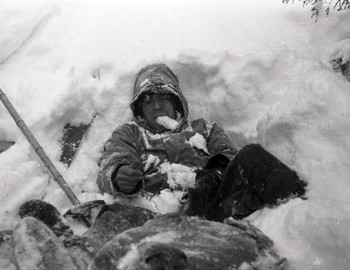 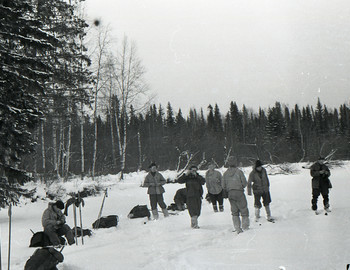 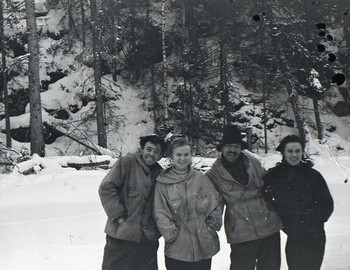 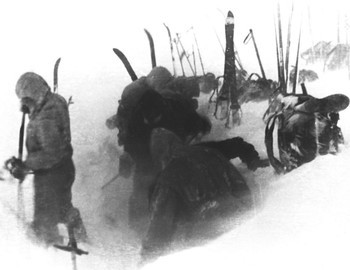 Initial inventory by the prosecutor Tempalov written on 27-28 February 1959 mentioned only 3 cameras. In March was introduced one more camera (keep reading *). They belonged to Dyatlov, Zolotaryov, Krivonischenko and Slobodin. Cameras were identified with their their serial numbers and number of frames of the films found inside. The photos were brought to a public domain much later, so we need to deduce which film was taken from which camera and who made the photos.

In camera №488797 belonging to Krivonischenko (with broken light filter) was found film with 34 frames. This film corresponds to film №1 - 33 photos plus one damaged frame in the middle. Cameras belonging to Zolotaryov №55149239 and Slobodin №486963 are found with films with same number of frames 27. In Koskin's photo archive there are two films with 27 photos - numbered 2 and 4. We need to deduce by looking through the photos which film was shot by whom. This photo proves that film №4 was shot by Slobodin.

* There is no information how many photos were taken with Dyatlov's camera №55242643. This camera was introduced in the inventory of the case in March 1959 due to the fact that the camera was taken from the tent by one of the students volunteering in the first search party. He developed the film with the intend to do some private investigation into the matter till he was asked by the official investigators to hand over the camera and the film which he did (controversy). By deduction none of the films in Koskin's photo archive belongs to Dyatlov's camera. Here are photos of each film in this list showing Dyatlov caught on film without him knowing that he is being photographed: film №6, film №1, film №3, film №4, film №5.

So far we have 4 cameras and at least 6 films which means some of the films were taken out and replaced with new. Film №6 starts with photos that are not from this trip, then follow 28 photos that are from the trip and the last frame is almost identical with the first photo from film №1. Film №6 precedes Film №1. Film №3 can not be shot by any of the cameras that are listed so far. Same applies to Film №5. Cameras are most certainly more than 4. One additional camera was found on Zolotaryov's body.

Summary of the conclusions we can make by paying a closer look at the photos that tell us a lot about the dynamics in the group: