These documents belong to an archive called the Center for Documentation of Public Organizations of the Sverdlovsk Region (TsDOOSO), Fund 191 (Archival party documents of the Ivdel Civil Code of the CPSU), Inventory 11 (Book of orders of the Civil Code of 1956-59), case 51 (Correspondence of the secretaries of the Civil Code of the CPSU with the prosecutor's office, the people's court of the city of Ivdel), page 1 - plan of the search work, pp. 2-12 - radiograms. The radiograms are listed in a contextual chronological order, they have numbers in the upper right corner that differ.

To Prodanov Sulman
5/5 at 9 h 30 minutes with Kurikov 50 meters southwest of the cedar in the place of a chopped spruce grove at a depth of 10 cm were found black cotton sports trousers without a right leg from the back of the burned right trouser leg cut off with a knife stop also found the left half of the female light brown worsted wool sweater second half with a right sleeve cut off with a knife is not yet found. Sweater belongs to Dubinina stop at 11 am was decided to excavate a trench to the southwest from the cut spruce forest in 10 m excavated portion in area of 20 m2 to a depth of 2.5 m stop

At the bottom of the excavated plot, they discovered a flooring from the tops of chopped fir trees three square meters in size. On top of the flooring, in a crumpled state, turned inside out, the following items were found: sleeveless gray woolen China made sweater; insulated brown trousers with fleece inside. The upper and lower elastic bands of the trousers are torn. A warm brown woolen sweater with lilac thread; the right leg of the earlier discovered pants; one soldier's puttee* made of junior enlisted military cloth with a stitched webbing about one meter long. I cannot explain the appearance of the foot binding stop

* A long strip of cloth wound spirally around the leg from ankle to knee for protection and support, usually used in the army.

During excavation, items were found at a depth of 2 m 30 cm from the top of the snow cover and 30 cm above the ground stop
In place of dyatlov group tent is found the sheath from a dagger 18 cm long made of textolite and one spoon the sheath assumed to belong to kolevatov stop

Received: Temnikov
Ivan Stepanovich [Prodanov]
this it’s outrageous, fourteen comrades and I carried the corpses to the helicopter on our shoulders but the crew was ... more than dozen ... the helicopter lifted off, despite my convincing requests, they didn’t take on board what I had requested as a communist ... the crew’s behavior was insulting I ask you to inform the General Party of the Soviet Union and twice the hero of the Soviet Union, commander Col. General Lelyushenko. for you personally. corpses are frozen in the state in which you saw them in ----- concerns their exposed parts of the body. we are not there ... guided by ... a detailed study showed that they are in a frozen state a medical expert --- refused to perform their resection because of the inability to do this, which he will personally report to you at your request
Ortyukov

To Sverdlovsk, the regional committee of the CPSU, for the attention of Ermash. The regional executive committee for the attention of Pavlov.
The Ivdel city committee of the CPSU, for Prodanov. Captain Potyazhenko, the helicopter commander, has refused to evacuate the deceased, explaining his refusal with the order received from com. Gorlachenko, which [order] prohibited any evacuation without zinc boxes. According to the finding of the regional forensic expert, the corpses are frozen. Any expert examination at the site of the accident is ruled out. In the opinion of the same expert, from the hygienic point of view, the evacuation of the corpses is absolutely safe. The corpses have been wrapped and sewn into waterproof tarpaulin covers, which exclude any infection. Asking to request instructions from the Air Force Directorate on the immediate evacuation of the corpses, which have been delivered to the area of the helicopter landing site.
Ortyukov 7/5

To Prodanov
I'm asking to hand over the corpses to Klinov for this reason. A detailed inspection can not be done stop The corpses are well prepared for dispatch. Ivdel is lined with spruce stop If tomorrow does not take out, then it decomposes stop If the burial is done at the height, it will not be possible to make an autopsy because of lack of basic conditions stop The revived Ivdel sent the corpses waiting for traces of violence clothes made by the hikers themselves remain a camp for the search for small items
Ivanov

To Prodanov
The data from the external examination was reported in the radiogram of Ivanov, the dimensions of the coffins are 180 cm, the remaining dimensions are of the actual height. I am outraged by the behavior of the crew, which, in response to my categorical demands, did not take the cargo specially prepared for transportation, about which I ask you to inform the commander of the Urals twice to the hero of the Soviet Union, Colonel General Lelyushenko. Ortyukov.
Received by Temnikov 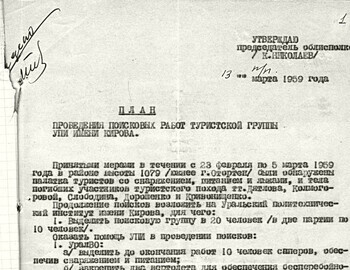 Plan for the search translation 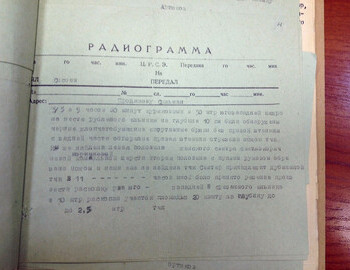 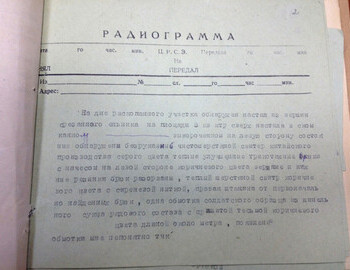 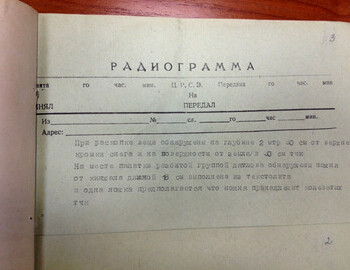 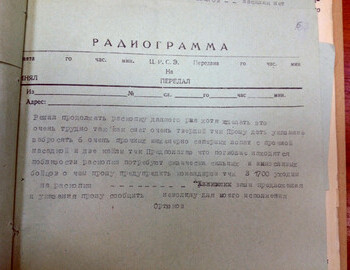 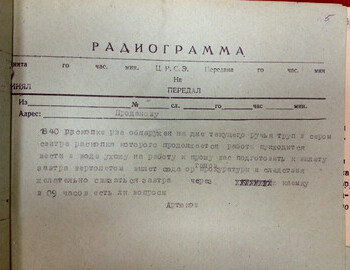 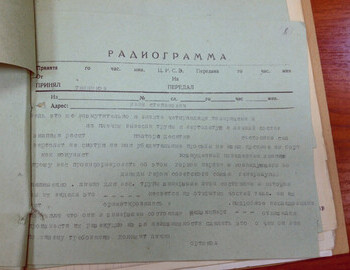 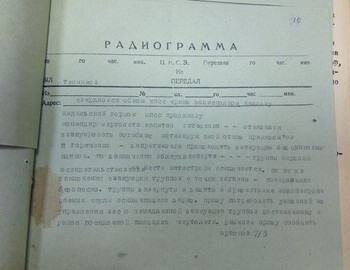 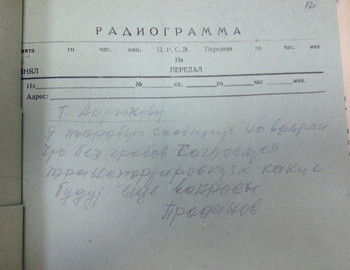 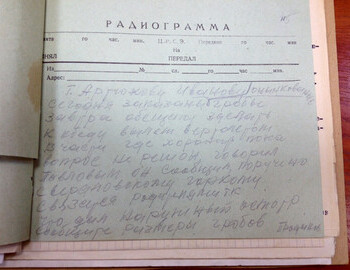 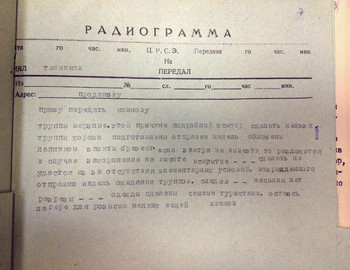 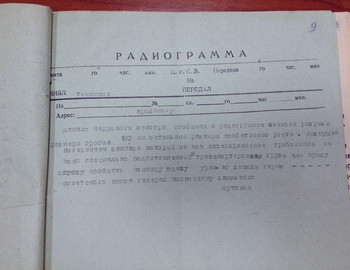 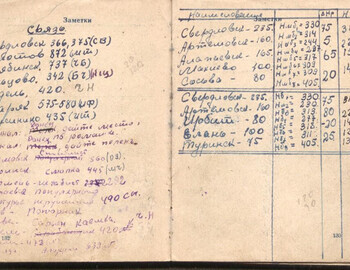 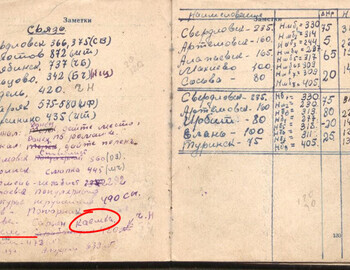