March 23, 1959 Prosecutor of the Prosecutor's Office of the city of Ivdel, Sverdlovsk region, Jr. Counselor of Justice Tempalov interrogated in the office as a witness, in compliance with Article 162-168 of the Code of Criminal Procedure of the RSFSR

The witness showed during the interrogation there was an interpreter Kurikov Grigoriy Nikolaevich, a deputy of the Ivdelsky city council, tk. Anyamov AA Russian does not speak. For giving false testimony in the translation Kurikov G.N. warned under art. 95 of the Criminal Code of the RSFSR.

On the basis of the questions asked, I clarified that in January-March, in 1959, I never saw hikers anywhere. And only saw tracks of hikers - on the road there were tracks of narrow skis. How many people could not be determined. I saw tracks on the Lozva river 1,5 - 2 km above Auspiya. The tracks were going towards Auspiya river, and then to the Urals Mountains. I can not tell the exact date when I saw the tracks, but it was at the end of January or early February 1959. Tracks were swept up on clear places, and in the forest powdered with snow. I went skiing, together with me were three more people. Anyamov Andrey (same name as mine) Alekseevich, my nephew, Anyamov Nikolay Pavlovich, another od my nephews, and Mansi Tseskin Konstantin. On the hunt, the four of us left the village of Suevat-Paul and hunted in the woods around the Auspiya. Russian hikers are nowhere to be seen. When we hunted it was good weather, and also there were bad days.

Especially for two days there was a strong wind and snow. During a strong wind we were in the forest. The tracks of hikers we saw all four Mansi. Footprints went in the direction of the mountains, but we did not follow these tracks. When we hunted in the woods around the Auspiya, they saw tracks of moose, wolves and wolverines. We did not see or tracks from fire or hear any voices of people during the hunt. I heard that when the Mansi who were looking for hikers found 4 people frozen, so they said they did not know yet. There are no sacred places where the hikers went. There is sacred place in the upper sources of the Vizhay river. I don't know anything of what might have happened to the hikers, and I do not know how did it happened. We were on the hunt for about five days. I personally never saw in the area another group of five people who are allegedly afraid of Mansi and who did not stay in Ivdel, I haven't heard such from other Mansi either. When we arrived from the hunt back to the village of Suvat-Paul other Mansi said that they saw tracks of narrow skis of hikers that went to the Urals on some kind of expedition. I can not add anything else.

The interrogation was conducted through an interpreter Kurikov 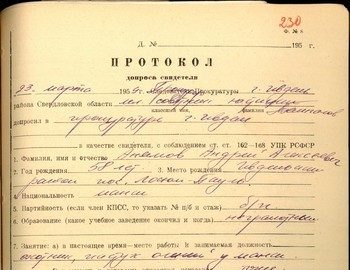 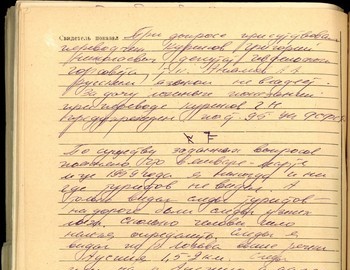 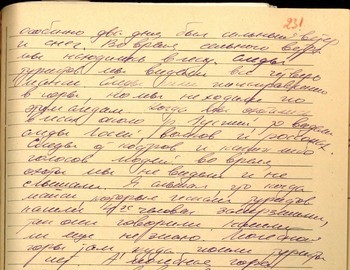