On 18 April 1959, in compliance with Article 162-168 of the Code of Criminal Procedure of the RSFSR, the prosecutor criminologist of Sverdlovsk region Romanov interrogated in the District Prosecutor's Office as a witness

Warned on the responsibility for the first part of Art. 92 In the RSFSR for refusing to testify and under Art. 95 Criminal Code of the FSFSR for deliberately giving false testimony.
Tempalov (signature)

Witness testified: Answering the questions at hand.
On February 21, 1959 I learned from the Secretary of the Ivdel CC CPSU comrade Prodanov that a group of nine hikers did not return to the Polytechnic Institute from a trip to Sverdlovsk. I took measures to clarify where the students were moving and sent for support of the members of the CPSU Central Committee citizen Dryahlyh on a helicopter to search for the students. He had to look for traces of the hikers and the hikers themselves and determine the direction of their movement. Comrade Dryahlyh knows well the area of the Ivdel district. For two days he flew by helicopter north of Ivdel. He explained to me that a group of hikers passed through the village of Vizhay, Bakhtiyarov yurts, which are located several dozen kilometers from Vizhay. He could not find any traces of the hikers. Soon the search party from the Polytechnic Institute arrived from Sverdlovsk. I set before them the task of immediately organizing search units and starting the search for students. I learned from these searchers that the final point where the hikers were going is Mt Otorten in the Northern Urals. I instructed one search party of five people to be sent to Mt Otorten, another group to the

south of this mountain, and another search party 20-25 km south of Mt Otorten, so the search parties will survey Northern Urals for 30-35 km. This was done. I instructed the searchers from the institute if they find anything about the whereabouts of the students to inform me immediately. On February 27, 1959 I was informed that one body was found on height 1079 also the tent of the hikers. I immediately flew by helicopter to height 1079. Where at the same place were discovered three more bodies, totaling four, and later was found the fifth body. The remaining 4 hikers are still not found until the present, since there is a lot and thick snow in the mountains there. But the searches are being carried out actively and at the present time. I photographed the bodies, wrote a report from the scene of the incident, transferred the bodies to the helipad. I asked on the radio experienced medical experts from the Sverdlovsk region be sent to perform the autopsies on the bodies.
On 28.02.59, in the presence of witnesses, I inspected the tent of the hikers, which was located 150 meters from the ridge of height 1079. It seemed to me that all personal belongings of the students are intact.

The tent was stretched on skis and poles stuck in the snow, its entrance was facing south, and on this side the strings were intact, but the ropes of the tent on the north side were torn and the whole second half of the tent was covered with snow. In the tent were an ice ax, an extra pair of skis. On the tent lay a Chinese flashlight turned off. In the tent were found 9 backpacks, 9 pairs of skis, all of them were under the tent floor, 8 pairs of boots, 3.5 pairs of felt boots, quilted jackets and many biscuits, half a sack of sugar, a large number of concentrates, cereals, soups, etc., cocoa, axes, saw, cameras, students diaries, documents and money. At first glance, the tent was covered with snow. It was pitched on a leveled site that the students dug out. The middle part of the windy side of the tent was torn. The bottom of the tent was covered with padded jackets, backpacks and personal belongings of the students. In the right corner, near the entrance there was a part of the products: cans of condensed milk, 100 grams of sliced ​​lard, biscuits, sugar, a flask empty from alcohol or vodka, the smell was dissipated, a flask with cocoa drink prepared with water so naturally it was frozen, near the cuts of lard i found a big knife

- Continuation of the testimony -
I determined that the knife belong to the students. I got the impression that the students drank vodka and had a snack. There were boots at the feet of the students  and at first glance it seemed to me that there are 7 pairs of felt boots. In the case of the tent the stove was found in its case. And many other personal belongings of the students and UPI equipment, there were buckets, axes, mugs, cups in the tent. On top of the tent was Chinese flashlight, which was closer to the entrance, near the exit from the tent I found a trace of urination. This trace was old. Without me no one came into the tent and there were no tracks near the tent that were not left by us. I have not found any signs of struggle in the tent. If there was any struggle, I would have picked up something. In regards to this matter I carefully searched and inspected the tent, but there were no signs of struggle, at least nothing suggestied it. The tent was located on the slope of the mountain. Descent from the tent is steep and difficult even on a firn (hard snow). The descent is 2.5 km. There is no forest on the slope of the mountain, except for rare birches closer to the river. On the descent there are frequent winds.

Below the tent 50-60 m from us on the slope, I found 8 sets of footprints of people that were carefully examined, but they were deformed due to winds and temperature fluctuations. I did not find a ninth track, it was simply not there. I photographed the tracks. They walked down from the tent. Tracks showed me that people were walking a normal step down the mountain. Traces were visible only on the 50 m section, there were not visible any further since going down the mountain the snow became deeper. At the bottom of the mountain flows a river up to 70 cm deep in a ravine where the depth of the snow in places reaches 2 to 6 m thick.
In the exact direction of the tracks were found the bodies of the 5 frozen students. There is no need for me to describe how and where the bodies were found, you can refer to the protocol of inspection of the scene.
From documents, diaries of students, records of the latter it is clear to me that the students died on February 1 or 2, 1959. From a number of testimonies of witnesses it is clear to me that these days in the mountains and not only in the mountains there was a strong wind and it was very cold. Based on the discovered bodies (in the number of five people), the conditions in which they were found, it is clear to me that all the students died from exposure, attack on them is excluded. This is my personal

opinion. I can come to a final conclusion only after the discovery and inspection of the remaining students, i.e. 4 more people. the students could have left the tent because one of them went out and the wind carried him away and he cried out. The students were alarmed, rushed out of the tent to his rescue and were blown away by the wind, but with blizzard-winds they could not get back to the tent. And they froze. Of course, such a conclusion can only be made on the basis of the five bodies that are found. What is the cause of the death of the other 4 students I do not know, because bodies have not been recovered yet. If they are found dead due to freezing, then the aforementioned version will be correct. 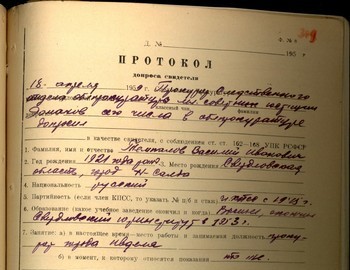 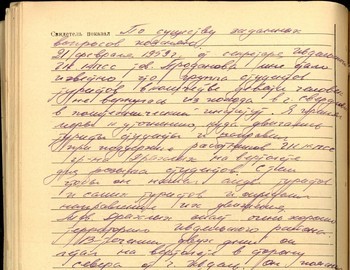 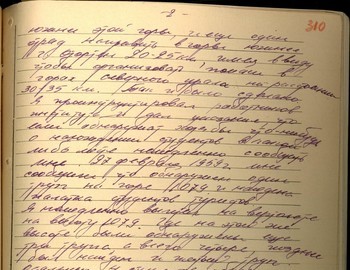 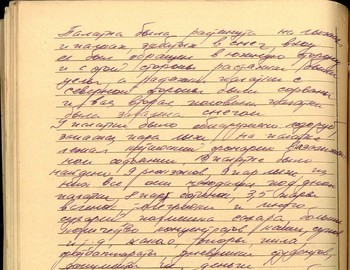 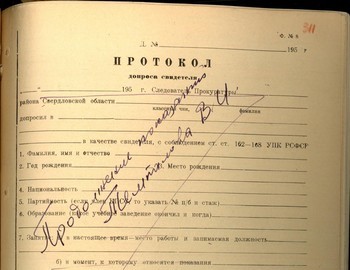 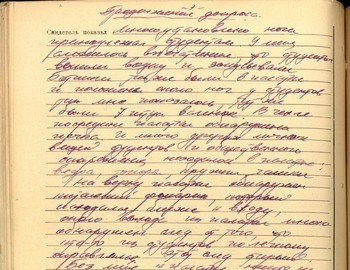 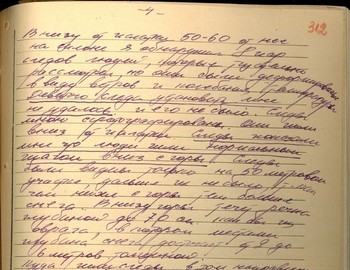 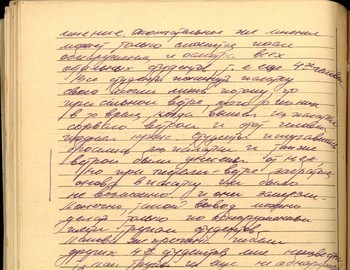