Protocol of witness testimony of Skoryh
City of Novaya Lyalya May 29, 1959

Prosecutor of Novo-Lyalinskiy District, Junior Counselor of Justice Pershin interrogated as witness Skoryh Georgiy Ivanovich born in 1925, native of Altai Territory of Solonishinskiy District, village of Bulatovo, no political affiliation, education 7th grade, Russian nationality, marital status - married, having a family of 5 people, works as the head of the Karaul subsidiary farm of the Bumkombinat, living in village of Karaul Novo-Lyalinskiy district of the Sverdlovsk region.
"On criminal liability under Article 92, 95 of the Criminal Code of the RSFSR for refusing to give evidence and giving false testimony is warned." Skoryh (signature)

In essence, answering the questions, I will explain that around the middle of February, 1959, I was in my apartment in the village of Karaul Novo-Lyalinsky district.
Approximately 6-7 o'clock in the morning, my wife went out on the street and immediately ver she knocked at the window and shouted to me through the glass: "Look at this light ball is flying and turning." At this moment I jumped out onto the porch and from the second floor of the house in which we live from the porch I saw a large glowing ball flying away to the north

the size of the sun or the moon. I can describe the picture of what I saw, so this glowing sphere looked like a bright sun in a fog. The ball moved in a straight line far from us, but I noticed that the light of this ball was constantly changing in a certain alternation of red and green light, around which at the same time a white halo maintained in the form of a ball.
This gave the impression that this moving ball changing color was in a white shell

alternating red and green light periodically. The ball disappeared very quickly and I observed it only for a few seconds, after which it disappeared behind the horizon.
I did not hear any noise from the flight of this ball and believe that the ball flew away from us to a very great distance.
This ball, I reckon, went along the Ural ridge from the south to the north, but I can not specify the exact direction of the flight, because

all this happened instantly within a few seconds and at what distance this ball was from us I could not even orient myself, especially since I got up from bed, and even for this reason I could not orient catch all that was happening. 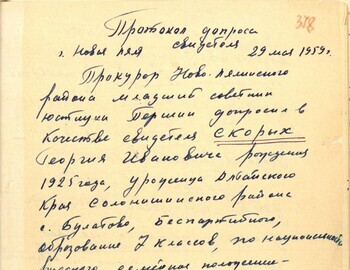 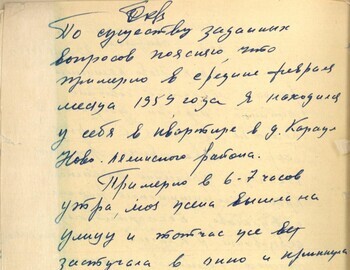 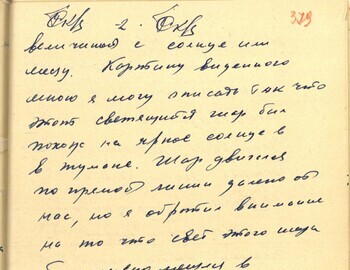 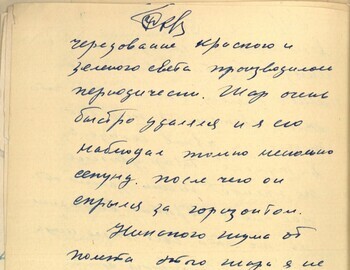 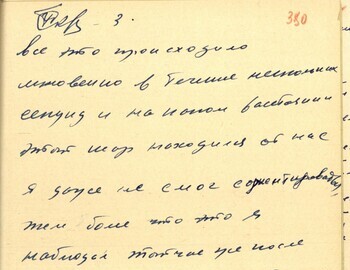