The witness testified: Answering the questions at hand. I heard about the fact that 9 hikers got lost. Also that they were found frozen on the mountain. But that was the first time that I heard about this mountain 1079.

I'm with the people of the Mansi their familiar way of life for fifty years, and they in 1939 (last digit is fixed) first opened a school in the village of Paul-Poma. I often visited the Ural ridge but went close to that mountain. During the winter months in the Northern Urals, and also in the summer there are strong winds and even tornadoes. I happened to be there during these tornadoes, and one can only hide in the forest in low places. During tornadoes in the mountains there are different sounds that sound terrible and they can resemble howling beasts, moaning people, etc. If you are there, and you hear it could sound very creepy and scary, and people that haven't heard something like this before may become frightened. These sounds can happen because during the winds that in the mountains there are weathered rockes with cavities that cause these sounds.

I know that Mansi have sacret mountain and I have been there. It's name is Yalpyng-Nyor,

I looked it up on the map and this mountain is about 40 km to the South from where the hikers died. Mansi don't guard their praying mountain and I do know that Russians are allowed on Mansi prayer service up in the mountain and Mansi do not interfere with this and do not have physical or other attitude towards Russiana, when the latter go to the prayer service in the mountain, same for men and women. And Mansi do not retaliate. The rummors about the hikers being attacked by Mansi because they have come close to the prayer mountain I believe wrong, only people who don't know Mansi way of life and customs may say something like this.

45 years ago there was a case with a hunter from the village of Pershin, who went to the Prayer stone (mountain) and allegedly took some of the sacrifices, returned home with them and got drunk. And then he went back to tхе mountain and never never came back home. That hunter was never seen again and no one knows what happened to him, but it was rumored that he wondered into an arrow trap for game. Mansi put these arrows to catch deer. This crossbows are triggered by animals.

In reality it is difficult to find out what happened to the hunter, because the climate and the terrain of our area is particularly severe in the mountains.

I know that many Russian men and women have visited the praying mountain, and nothing bad happened to them, and they were sometimes accompanied by Mansi. I personally do not accept such an idea that Mansi attacked the hikers because of their religious believes, or for any other reasons. In general, Mansi are very good to Russians.

Properly recorded, I have personally read it 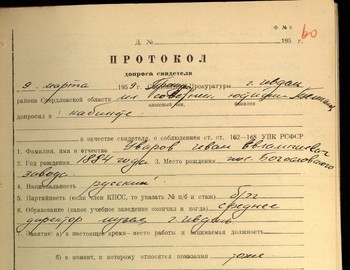 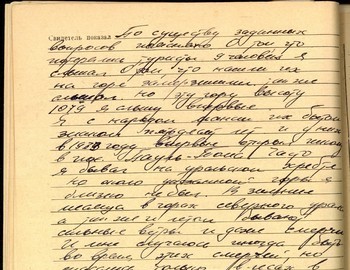 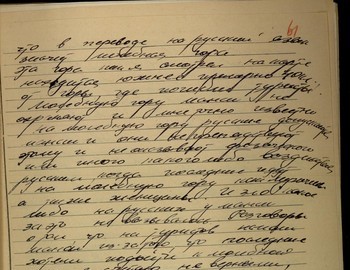 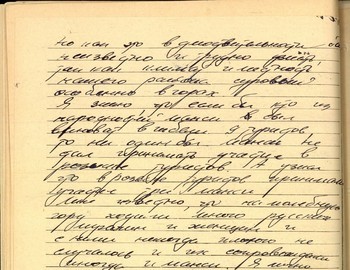