On March 11, 1959 the public prosecutor-investigator of the Sverdlovsk region Ivanov questioned in Chernyshev's apartment as a witness, in compliance with art. 162-168 Code of Criminal Procedure

The tent was found on the slope of the height "1079", 100-150 m north-east from the top. At first glance, the tent seemed snowbound, but when we looked at it closer, we saw that the tent entrance was supported by the central peg and was well fortified with ropes. The other edge were also kept at their poles, but because the middle of the tent was piled up with snow, and the slopes of the tents on the windward side were severely damaged, the edge had fallen and was under the snow. 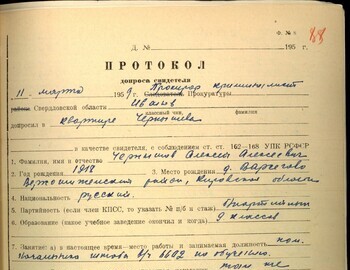 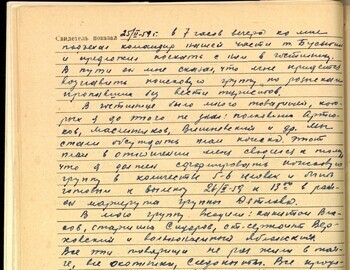 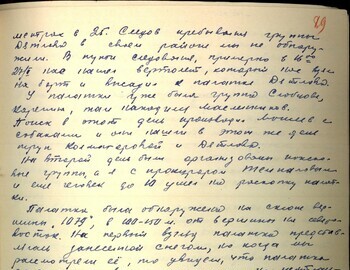 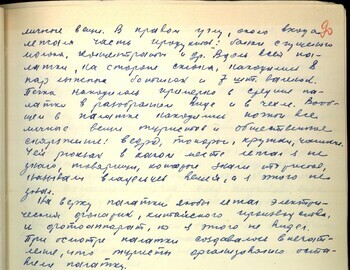 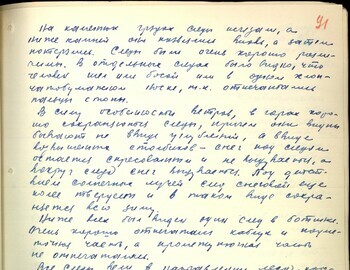 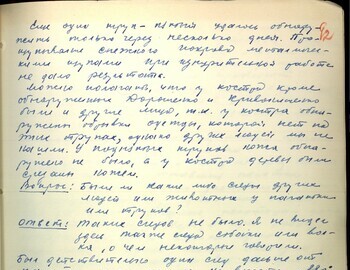 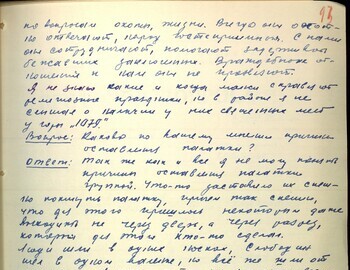