From the recollections of Evgeniy Zinovyov:
The hiking "baptism" of us, beginners, took place in a three-day November trekking in 1956 on the classic walking route. One of the organizers of this mass campaign of about five dozen students was Igor Dyatlov. Quite often, the route laid by Igor using a compass and a map led the crowd to the bends of the Chusovaya river, framed by handsome cliffs: Shaytan, Senkin, Visyachiy, Sokol (Falcon). Between walking, overcoming obstacles and organizing lunches, all the mass of hikers not having to prepare meals poured out onto Chusovaya ice. The miraculous sounds of two mandolins, amplified by a multiple echo from the rocks, spread far away, creating a lyrical mood. The mandolin strings, obedient in the hands of Kolya Popov and Yuri Krivonischenko, drew melodies of songs, or of old waltzes, and called to dance on ice. Why not parquet and columned hall! 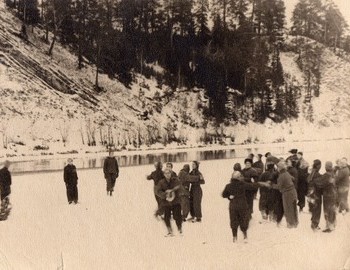 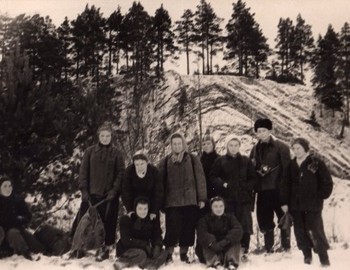 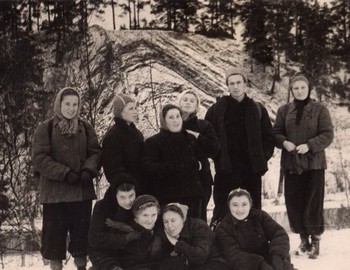 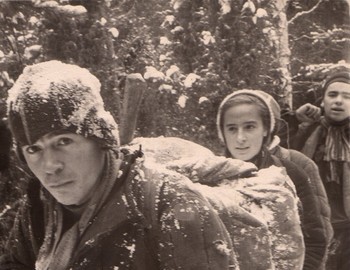 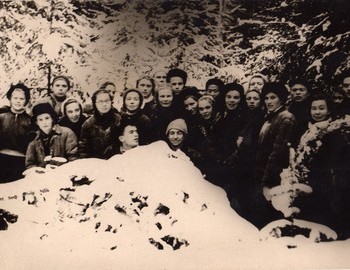 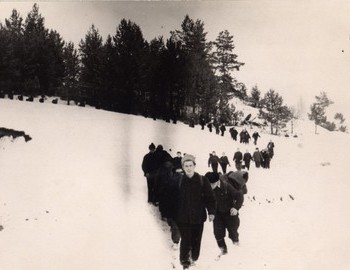 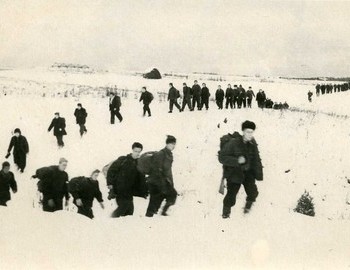 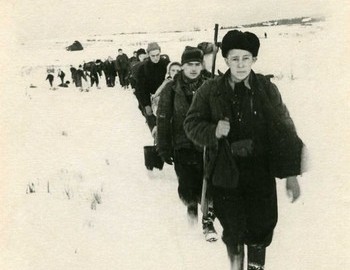 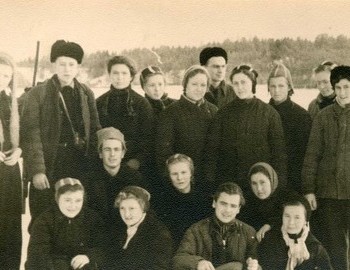 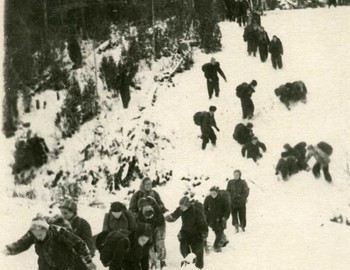