From Pasynkov’s speech on the 50th anniversary of the tragedy: "A group led by Aleksey Budrin, a graduate of the UPI and an active member of the mountaineering section of the institute. In addition to his wife Tamara, I also enrolled experienced students in this group, since the expedition was of category III: hiking remote and uninhabited territory, mountainous along the ranges separating the Western Sayans and Khakassia, and water on rafts along the rapids of the Kazyr river. The trek, as in 1957, was through the base camp on the Kyzir river, at the Bazybay water overfall."

On the back of the last but one sepia photo is written: Passing the threshold "Jaw". The dangerous approach to the "Gate". Composition: Budrin, Starodubtsev, Doroshenko, Pasynkov September August 1958 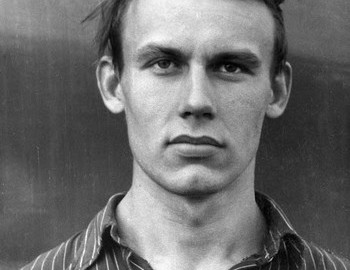 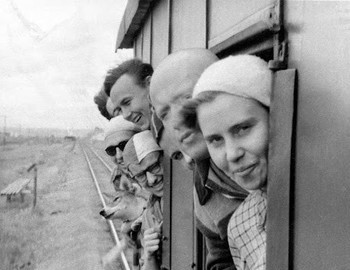 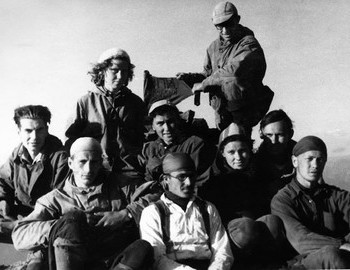 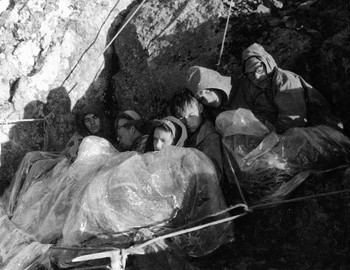 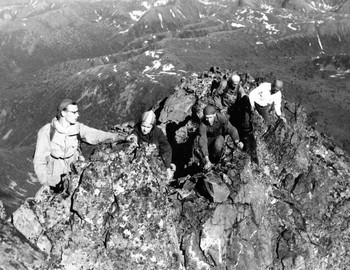 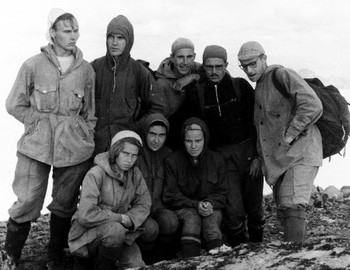 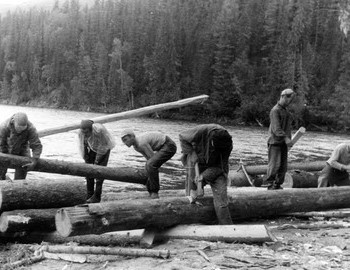 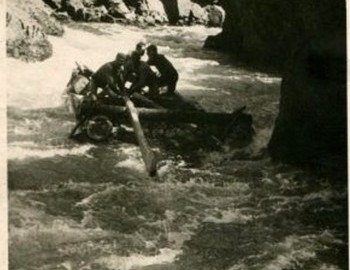 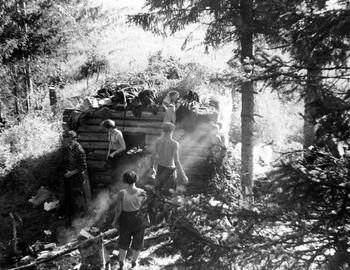