It served as the Soviet Union’s main penal system: Robbers, rapists, murderers, and thieves spent their sentences not in prisons but in the Gulag. In addition, the Gulag held political prisoners, a group including not only real opponents of the Soviet regime but also many innocents caught up in the paranoid clutches of the Soviet secret police. Most prisoners were the victims of arbitrary and severe legal campaigns under which petty theft, lateness, or unexcused absences from work were punished by many years in these concentration camps.

Have you ever been late to work? In the Stalin era, a person who arrived late to work three times could be sent to the Gulag for three years.

Have you ever told a joke about a government official? In the Stalin era, many were sent to the Gulag for up to 25 years for telling an innocent joke about a Communist Party official.

If your family was starving, would you take a few potatoes left in a field after harvest? In the Stalin era, a person could be sent to the Gulag for up to ten years for such petty theft. 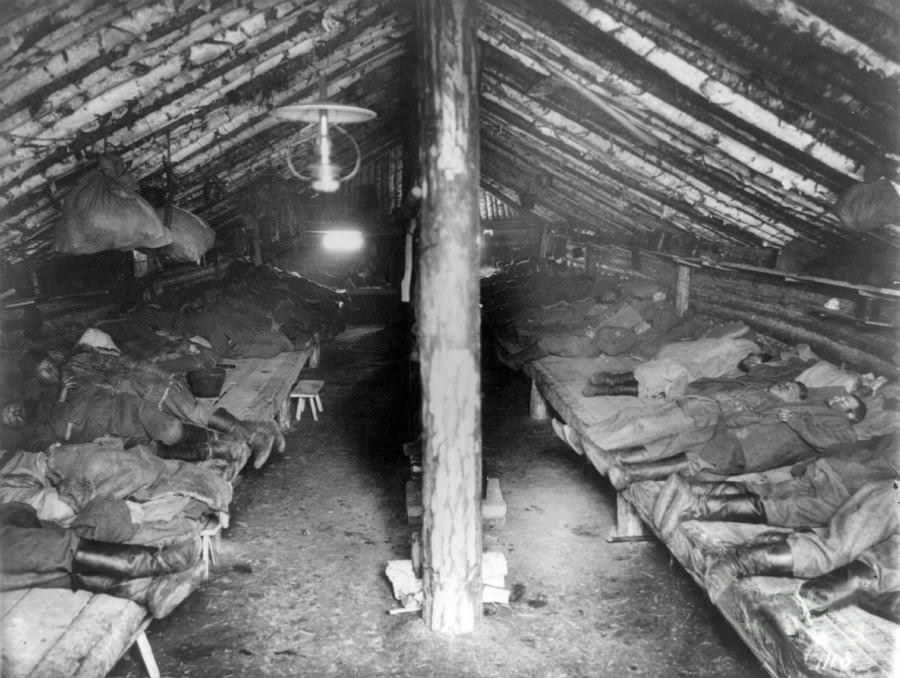 Trying to feed her four hungry children during the massive 1932-1933 famine, the peasant mother allegedly stole three pounds of rye from her former field, confiscated by the state as part of collectivization.

Soviet authorities sentenced her to ten years in the Gulag. When her sentence expired in 1943, it was arbitrarily extended until the end of the war in 1945.

After her release, she was required to live in exile near her Gulag camp north of the Arctic Circle, and she was not able to return home until 1956, after the death of Stalin.

Maria Tchebotareva never found her children after her release. 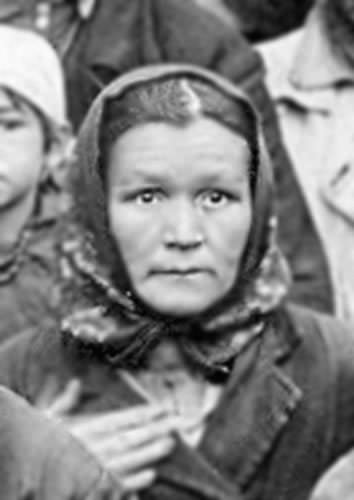 Seeking the appearance of democracy, the Soviet Union held elections, but only one Communist Party candidate appeared on the ballot for each office. Fear of punishment ensured that nearly all Soviet citizens “voted” by taking their ballot and ceremoniously placing it into a ballot box.

In 1949, Ivan Burylov, a beekeeper, protested this absurd ritual by writing the word “Comedy” on his “secret” ballot. Soviet authorities linked the ballot to Burylov and sentenced him to eight years in camps for this “crime”. 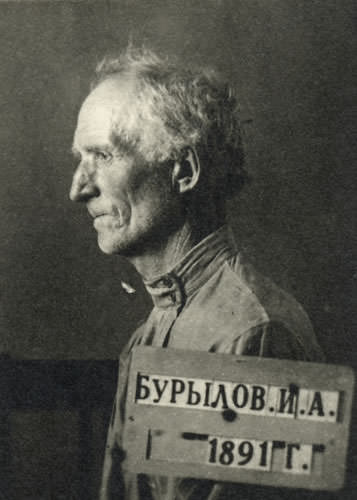 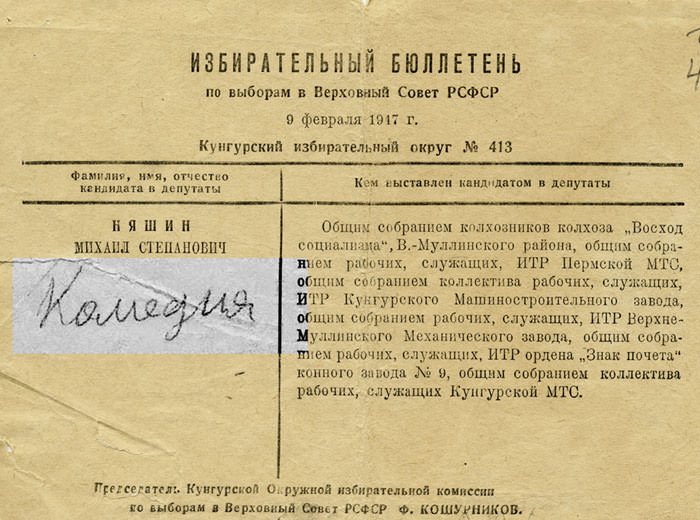 Stalin’s drive to seize all private land in the 1920s and 1930s met significant resistance. Some victims were shot, some were arrested and sent into the Gulag camps, and many were exiled to remote parts of the country. 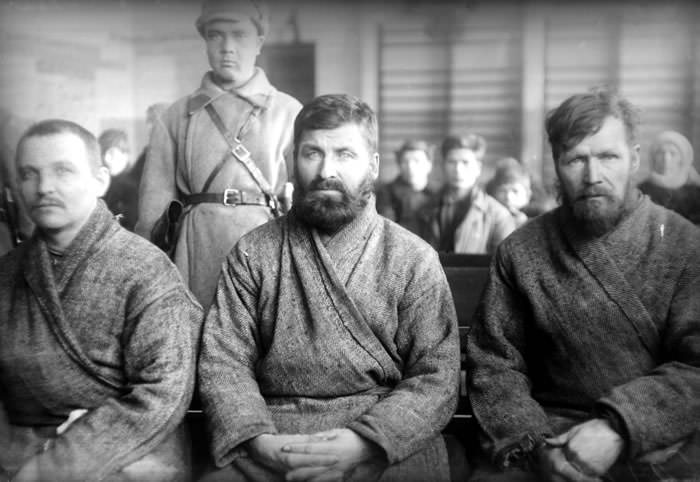 “Look Me in the Eyes and Tell Me Honestly: Who is your friend? Who is your enemy? You have no friends among capitalists. You have no enemies among the workers. Only in a union of the workers of all nations will you be victorious over capitalism and liberated from exploitation. Down with national antagonisms! Workers of the world unite!” 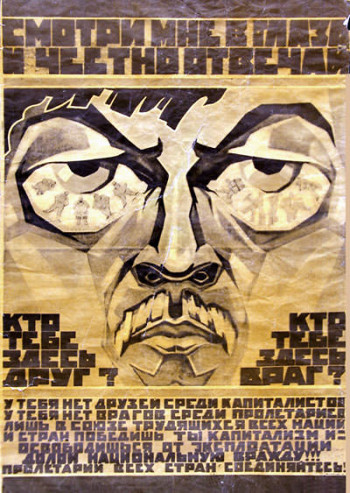 This peasant, Mihaylov, had attempted escape from a state-owned farm where he had been sent into exile. 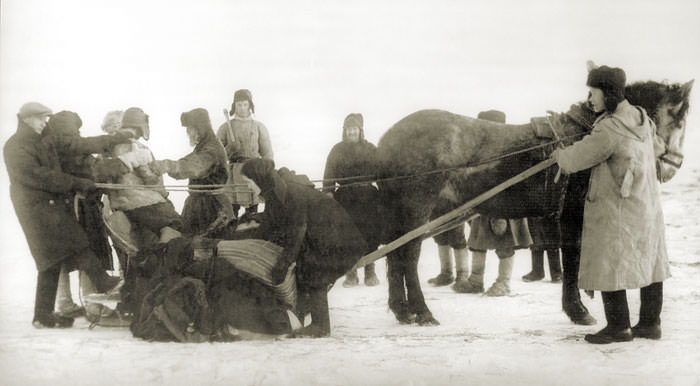 Gulag prisoners could work up to 14 hours per day. Typical Gulag labor was exhausting physical work. Toiling sometimes in the most extreme climates, prisoners might spend their days felling trees with handsaws and axes or digging at frozen ground with primitive pickaxes. Others mined coal or copper by hand, often suffering painful and fatal lung diseases from inhalation of ore dust. Prisoners were barely fed enough to sustain such difficult labor. 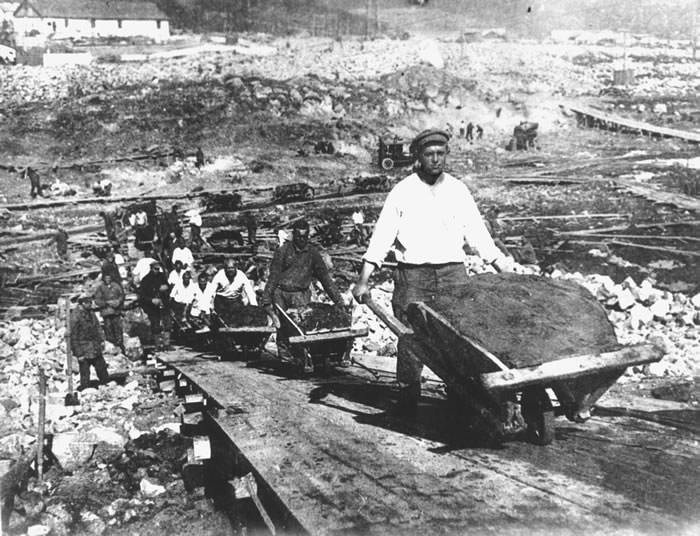 Built between 1931 and 1933, the White Sea-Baltic Sea Canal was the first massive construction project of the Gulag. Over 100,000 prisoners dug a 141-mile canal with few tools other than simple pickaxes, shovels, and makeshift wheelbarrows in just 20 months. Initially viewed as a great success and celebrated in a volume published both in the Soviet Union and the United States, the canal turned out to be too narrow and too shallow to carry most sea vessels. Many prisoners died during construction. 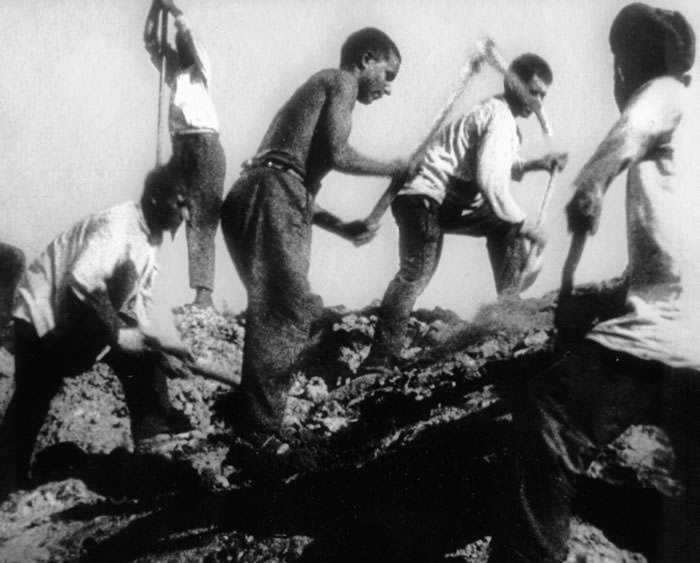 With such picks, millions of Gulag prisoners manually unearthed rocks and dug frozen ground during the massive Gulag projects in the 1930s and 1940s. 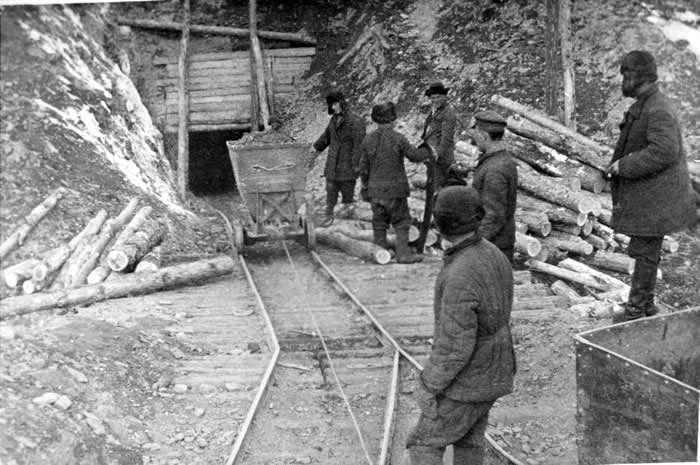 Kolyma was a name that struck fear into the Gulag prisoner. Reputedly the coldest inhabited place on the planet, prisoners spoke of Kolyma as a place where 12 months were winter and all the rest summer. Kolyma was so remote that it could not be reached by an overland route. Prisoners traveled by train across the length of the Soviet Union only to spend up to several months on the Pacific coast waiting for the few months each year when the waterways were free of ice. Then, they boarded ships for their trip past Japan and up the Kolyma River to their gold-mining destination. Surviving Kolyma was more difficult than any other Gulag locale.

More information about the Gulags: GulagHistory.org 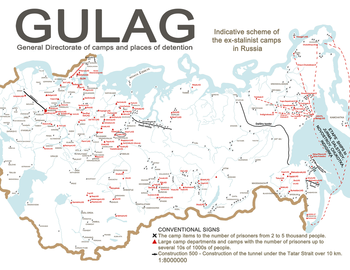 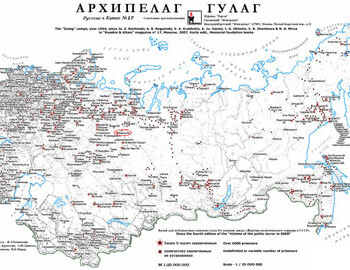 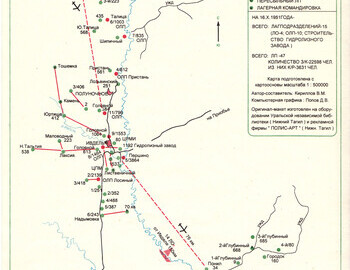