They died with dignity

All rights belong to the Dyatlov Group Memory Foundation. Interveiw by KUK. 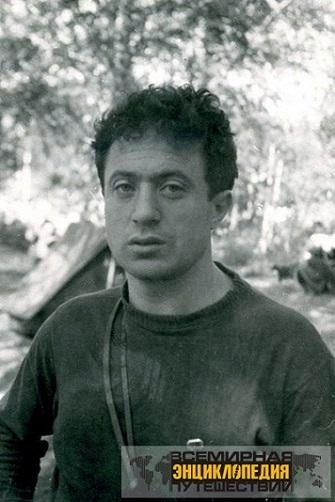 Member of the search party for Dyatlov group and long-time fellow mountaineer to Igor M. A. Akselrod is inclined to reject the version of the group madness. Moisey Abramovich kindly agreed to meet with me and talk about the events of 1959.

All the preparation went before my eyes and nothing hinted to such a disastrous ending. They left, and we continued to live our lives, sometimes remembering our friends. When the deadline passed, a day, another, but no news from the group. However, initially it didn’t cause much alarm, didn’t they - were delayed, the telegram was lost ...

Finally, the institute organizes searches under the general guidance of the famous Sverdlovsk mountaineer Evgeniy Polikarpovich Maslennikov. I must say, the searches were built tactically flawlessly. Four search groups crossed the intended route of Dyatlov group in various places, which made it possible to determine how far did the hikers go. The fifth group followed their route. Skipping ahead, I will say that it was that party that found Dyatlov group storage and tent.

I was assigned to a party that was dropped off on Otorten. We walked dozens of kilometers - no tracks. Suddenly, we heard noise by an engine. We didn’t have time to properly look around as the plane flew over us and circling dropped a canister. The note read: "Found an empty tent and skis on the side of mountain 1079." The laconic message from the sky did not allow for any ambiguity regarding the fate of the hikers. In a depressed state, we went to the place of question.

Yes, undoubtedly, it is their tent that stands on the gloomy slope of Kholat Syakhl. I myself took part when it was stitched together in year 56th. Under the tent, neatly, without haste, were laid skis. Date of death of the guys was set very simple. In the far corner of the tent was a diary with the date of the last entry - February 2, 1959. That is, the hikers just started the route. In the valley of Auspiya, they built a storage site - leaving behind food and equipment, unnecessary above the forest boundary. This indicated that the hikers went to the radial ascent with light baggage, intending to return to the base camp in a day or two.

After a superficial examination of the tent and its contents, the prosecutor instructed to roll it up. The only thing that was recorded except the detected diary was a long vertical incision of the tent from the inside with a knife.

On the very first day of the search, one kilometer down the slope, at the base of the mighty, noticeable cedar, were made terrible discoveries - the stiff corpses of Krivonischenko and Doroshenko. It was striking that the guys were stripped almost to their underwear. Under the cedar were traces of a small fire.

Having concentrated on the whole slope between the tent and the huge cedar on the forest border, armed with long probes, we began to probe the slope methodically. The bodies of Igor Dyatlov, Zina Kolmogorova and Rustem Slobodin were found above the cedar.

There were no signs of violence on the bodies, and the cause of their death was hypothermia. On the feet of the hikers were only wool socks. This immediately rose a version according to which the guys, having lost control of themselves, cut up the tent and rushed down the slope to meet their doom. What caused this? Most often it was associated with a bright close flash, accompanied by the roar of the explosion, but they did not speak out loud about it then. And, in general, this was confirmed by indirect data. Many observed the unnatural glow of some celestial objects in the Middle and Northern Urals in early 1959. Bright balls of flash flying through the sky in those days were seen among other famous hikers G. Karelin, R. Sedov. I myself saw pulsating circle moving horizontally. Something similar was reported by one of the February or March 1959 issues of the Tagil Worker newspaper.

The remaining hikers were found in the spring, when the snow began to melt and ringing waters ran along the slopes of the mountains. The new sinister finds did not in the least clarify the situation. Rather the opposite. The bodies of four hikers, discovered on fir-wood in a deep ravine near the cedar, had different injuries that were completely inexplicable in origin and did not fit into any of the hypotheses put forward earlier.

Kolya Thibeaux-Brignolle had a dent 7 by 9 centimeters at the base of the skull, Lyuba Dubinina had a symmetrical fracture of 5-6 ribs, Zolotaryov also had rib fractures, but, on the contrary, everything was on one side of the body. Next to the wounded in the fir branches was Kolevatov’s frozen body.

After the findings in May, the investigation seems to have reached a dead end. In this regard, it was closed, giving rise to cautious rumors about the involvement of the military in this tragedy.

And deep in the night, when only the hushed blizzard slightly shook the skates of the tent, Something happened. The roar, noise and sudden blow of an avalanche on the part of the tent adjacent to the entrance. The other part of the tent, which was under the cover of a large snow ledge, did not suffer, the avalanche flew over it and sped down. The four lateral hikers take the blow. The head of the ascetic Thibeaux-Brignolle is pressed into the lens of the camera, which, in the absence of the best, Kolya often puts under his head. Differences in rib fractures in Dubinina and Zolotaryov are explained by their different positions during sleep - on the back and on the side.

Darkness, groans of injured people. Exit through the entrance is impossible, someone snatches a knife, cuts the tent and helps everyone get out. Igor decides to immediately return to the labaz, where the first-aid kit, warm clothes, shelter lay in the forest. And they went. A snowstorm howls, before the guys white silence, shrouded in darkness. Poor orientation, and the guys go down to the forest, but not to where the storage is, but, alas, to another. Under the spreading cedar Igor realizes that they did not go where intended. Hikers break fir-wood and lay their wounded friends in a ravine, sheltered from the wind. They give them all warm clothes and make a fire. Kolya Thibeaux-Brignolle dies. Depressed Igor Dyatlov, Zina Kolmogorova and Rustik Slobodin want to return to the tent to bring some things from there, or maybe try to reach the labaz. It is not known whether they reached the tent or the forces left them on the climb.

I remembered myself a little boy walking by the hand with my mother. Late one evening my mother showed me to the sky with the words: “Look, Kolyusha, how many stars. Probably, somewhere there, too, there are sentient beings "... Then I introduced an avalanche that was attacking the tent:

In the ensuing silence a device buzzed.

They died with dignity.