Lyuda quickly got tired and sat down by the fire. Nick Tibo changed his clothes. He began to write a diary. The law is that until all the work is done, do not approach the fire. And so they had a long argument, of who will sew the tent. Finally K. Tibo gave up and took a needle. Lyuda remained seated. And we sewed the hole (and there were so many that there was enough work for all except two attendants and Lyuda. Guys are terribly outraged.
Today is the birthday of Sasha Kolevatov *. Congratulations. We give him a tangerine, which he immediately divided into 8 pieces (Lyuda went into the tent and did not come out until the end of the dinner). So another day of our trek went well. 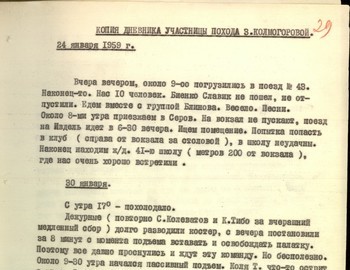 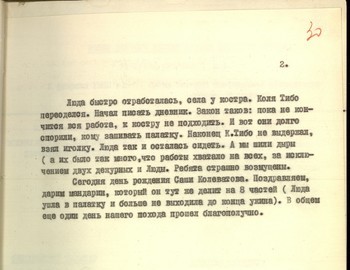