Accountant Shalashov
Ryazhnev
receives money for
Suslov Tatiana ?? Fyodorovna ?? Polikarpovna
her assigned disability pension
once, when there was a change of accountants = 315 rubles
and so RUR 50 and then not at all
now give the (???)

iceberg
for (???) have to fight a few facts-those

Thibeaux worked Sverdl in (Trust 89) Chief Inspector Bushkov Since 1954, there she is no
Lyudka (???) Dubinina

newspaper with a lottery

26.1.59
We arrived by truck with no brakes, broken shock absorbers, etc., (only in the taiga you can ride on any car.) in the village 41 quarter. Ognev, Nick? since 1931. - long beard. He knows the whole of the Northern Urals. I was a participant of many geological expeditions. Quite knowledgeable on many issues. He graduated from the Ufimskiy Technical College. In the truck (that) city we came, we brought 3 movies: "On his own" by Gorki, "Est takoy paren" and "Sympnonie in gold".
"On his own" - under the usual circumstances, in the city, I would have never gone to see this movie. It seems nothing of interest in it for me, waste of time. Here - you start watching ... and from the very first frames you feel that the movie is new for you, you see it with different eyes than before and many new thoughts are rushing one after another under the impression of what's on the screen.
Grandma plays excellently. Above all, full penetration into the role. Wealth, depth,

importance of thoughts, content, and all this follows by itself, without any imposition ... himself as in a life without words and simple ??? a person and there is another recently released picture. Paren (est takoy paren - there is such a guy) - the characters here, the artists portraying, are represented only by what they say at the moment and is not clear where and how did they originated, what they say and what they do. It seems like they (the characters) are created to say only these particular words, and there is nothing else for them to say, and to do. Roles like that are not clear, maybe I find the screenplay weak and superficial, bad stage director, bad artists and in short - it seems there are not living people on the screen full of thoughts, capable of creating stories themselves, but some automatic machines tuned to a spec. program, and that's why there is no performance in the whole movie. They could have said in advance what the movie is about, and how will it end. The whole movie in 5 mins. "Symphonie in gold" - austr. About ballet on ice. The ballet itself is a good show. Good skating rinks, skill, technical performance, but feelings, thoughts in dances - none. Maybe since music to me is only an income. It seems to me that way? The light music in places is excellent, it can't be better, but in general I couldn't feel the Person, his soul. Maybe that's why everybody that saw the movie was saying: "It feels so good, nothing is missing, they say "like life itself"

We are warmly welcomed here. they ride all kind of They gave us the only horse available here to take our backpacks tomorrow to 2nd Northern for free wood site about 200 150 km? from such a northern town as Ivdel. There is no radio, no newspapers. (They still can't check the lottery and I promised to send back the newspaper immediately from Sverdlovsk). They live in a dormitory. No order whatsoever, but people are everywhere. Read everything that they can get their hands on and do they sing ... Quietly, from the heart. The songs are old, long forgotten or never heard. Here they are ... It's so good!
Why don't we sing such good, already forgotten songs. And in general, we don't sing about the soul in places where there are some outsiders, it's not singing, not soulful, loud. We must fight for the culture of choral singing. Voices and change the repertoire. So that there were no empty screaming song-trinkets. Loggers are working poorly, work and life conditions are bad. Are they paying poorly? Strike. Everything is possible, but there is no good intelligent leadership. Master - once he studied and did not finish the Moscow Forestry Institute. The workers are very different. Recruits after the army, after serving time (to earn some money and stayed, or for free).

Many don't last, - they quit They work The majority has primary school or no education at all. But there are widely erudite and even If you meet them in the city, you would never have thought that this person all his time in the taiga.
Uncle Slava. Funny, somehow people do not think how this or that name will sound after uncle or grandpa *... What a funny grandpa!

*I think Yudin is referring to the fact Slava in Russian means Glory.

Until 1953, they threw in jail everybody that they could catch, innocent, then they figured it out and cleaned up, everybody was given rushed amnesty

27 We spent the night in the hut of the 2nd Northern settlement. There are so many houses, warehouses, premises, forgotten old vehicles, machine tools. Everything was abandoned since 1952. Here worked а geological expedition. They took out what they could, the rest was written-off and abandoned. The houses are all dilapidated, there is only one with a stove and glass on the windows. The place is picturesque. Lozva river is wide. Lots of lime rocks. Uncle Slava says that in the summer you can cross the river. There are many warm, hot springs. Sagebrush and water is not entirely frozen and there are places under the snow where water is not frozen after which we need to break the ice from the skis.

Village Vizhay - camp (???) you can buy products. Apothecary - artist Herzen ?. German, wife is German. Idyll in the family. On the walls, relief paintings with filigree decoration, very masterfully, unusually finely executed. Thousands of Ornate box with a view of Lozva in the summer and another in the winter, more jewelry boxes, paintings - everywhere. Big ones. In the pharmacy - roses from red wax, fluorescing, Kremlin - from test tubes with fluorine. compositions, glowing. Built in wrist watch "Pobeda". It works fine.
An unusually polite gentle, kind person. His wife is German, very affable and hospitable. They are really short of medicine and keep what they have for the children. He begged me to get penicillin in tablets from Ivdel, as they have very little. It is difficult for them to get good medication.

Boring, all tired of the lecture and something After all, it's so good from time to time to introduce a new thought, a new direction in the conversation ... especial 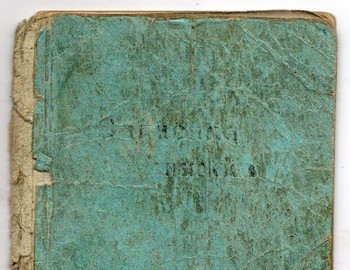 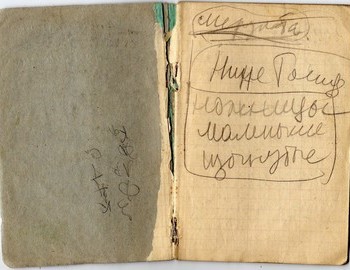 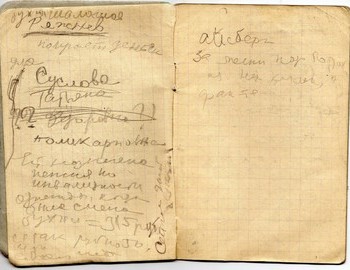 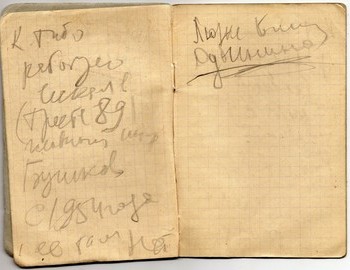 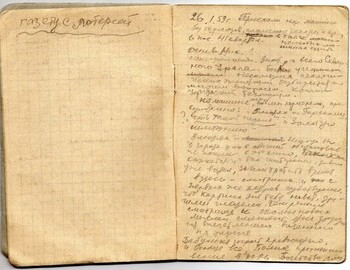 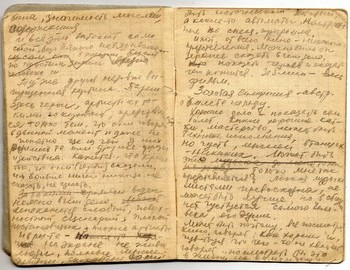 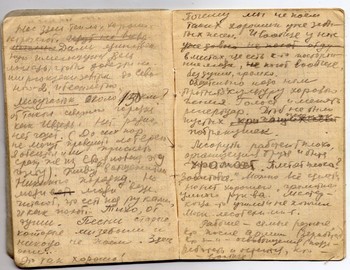 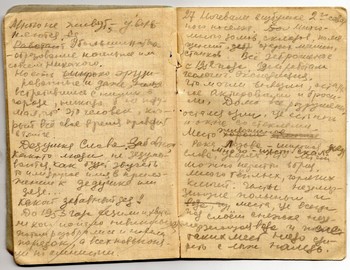 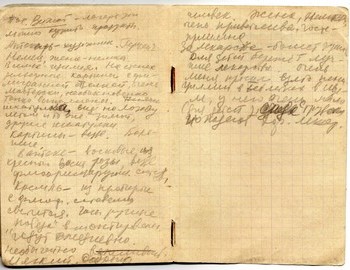 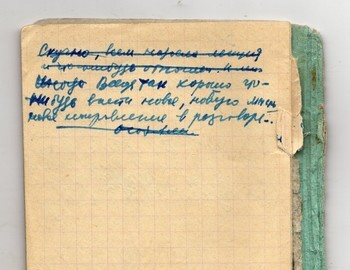