On March 20, 1959, the prosecutor of the Prosecutor's Office of the city of Ivdel in the Sverdlovsk Region, Jr. Counselor of Justice Tempalov interrogated in the office as a witness, in compliance with Article 162-168 of the Code of Criminal Procedure of the RSFSR

The witness testified: At the beginning of March 1959 I was in the police station and during this time there was a conversation that the hikers were killed. In the duty room sat one Mansi, I do not know his name, but they said that it was Kurikov, but what was his name - I do not know. Kurikov was asked how the hikers could have died. Kurikov said that near the holy mountain, where this mountain is located, he didn't say, there live five Ostyaks. They are like savages, they are not friends with Mansi or with Russian people. They never come to Ivdel. And these Ostyaks could kill the hikers because they wanted to ascend the holy mountain or because they thought that hikers could kill their deer and moose, which they feed on. Kurikov expressed only his own assumptions, but what really happened he, Kurikov, couldn't say. Kurikov saw these Ostyak savages some years ago. Kurikov didn't know where the holy mountain is. I emphasize that Kurikov expressed his own supposition. He said this since we had a conversation about the dead hikers and asked Mansi Kurikov how it could have happened. Militiaman Panov was present when this conversation took place.

I can not add anything else. Recorded correctly, I personally read it. 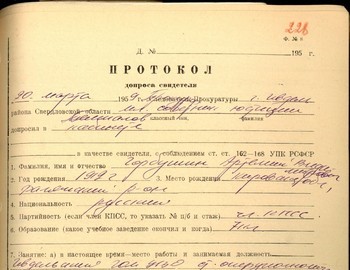 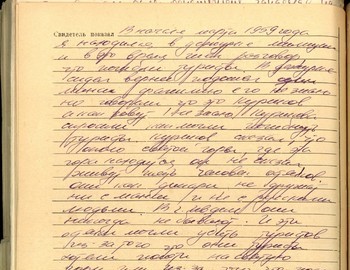 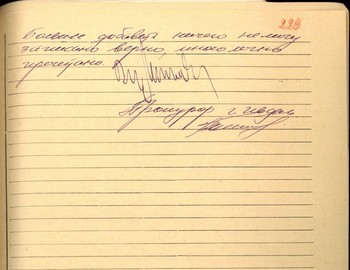