The witness testified: On approximatelly 26th of February 1959 I was sent by the Chief of the 8th forestry Hakimov went to the Bahtiyarov settlement where five Mansi families live. This settlement is at a distance of 36 km from 100 district. The purpose of my visit was to find out from the Mansi if there are sightings of narrow ski tracks from the hikers between the mountain range of the Urals and their settlement. Upon arrival at the settlement, where at that time all Mansi were home, including Timofey Bahtiyarov, Nikolay Bahtiyarov, Aleksander Bahtiyarov, Kiril Bahtiyarov and Sonya Bahtiyarova. Timofey and Pavel Bahtiyarov on the eve of my arrival came from Ivdel, where they traveled for personal reasons. I talked with Bahtiyarovs if while hunting they saw narrow ski tracks, as well as people. On this Pavel, Timofey and Kiril Bahtiyarov said that they were hunting a week ago in the low places in the direction of the Ural ridge and saw no trace of narrow skis, as well as people. They didn't know about the death of the hikers before my arrival , this is waht they said. I didn't ask Bahtiyarovs if they had seen any other Mansi while hunting. Pavel Ivanovich Bahtiyarov said that he was hunting alone in the period when the blizzard started and the other Mansi men were 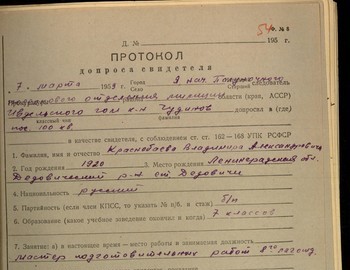 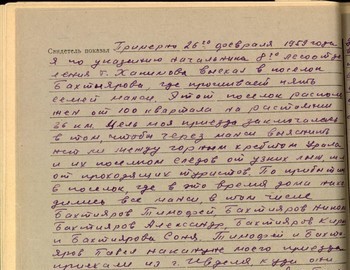 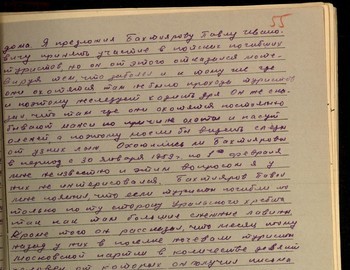