* Clicking on an image will bring up the original photo 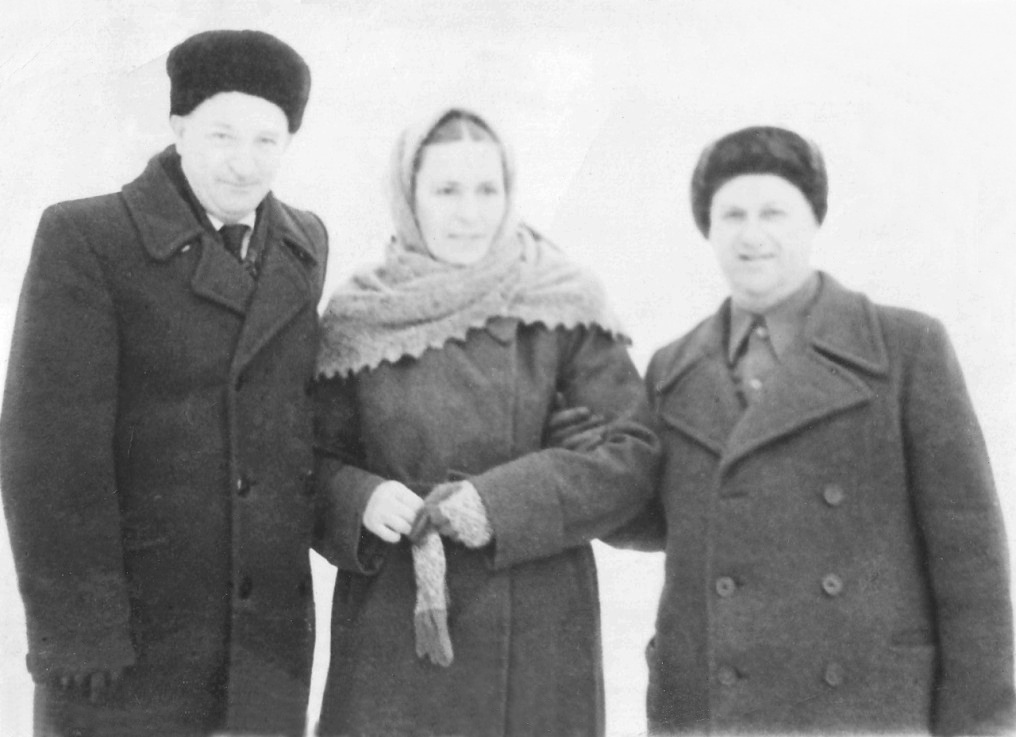 NAVIG: Hello, here I've been given your phone in Ivdellag, so I can talk to you...
FY: I'm listening.
NAVIG: We are interested in the area in Ivdellag, which was managing forest development and something else there, the 41st district and the 2nd North included. And here in Ivdel there was some medical unit N-240, in my opinion, or No. 240.
FY: This institution was 240.
NAVIG: Institution? Wasn't it a medical unit?
FY: They were all under the name N-240.
NAVIG: All of them?
FY: All units. And then there were indexing, index 2, index 3, index 4 and so on.
NAVIG: It's clear, and when passing, for example, hikers of the Ivdel area, was there a mandatory registration on arrival and departure?
FY: Well, actually hikers had to register, but many were not doing it. For example, Dyatlov group perished, they went through, they were not registered anywhere.
NAVIG: That's it, my questions are just about this!
FY: That Institution has nothing to do with them.
NAVIG: The fact is that in the autopsy reports it says that they conducted an examination in this medical unit N240.
FY: You understand, now you can say anything, in fact now, well, it did not come out right now, but some time ago, this big article came out by the north-Urals comrade, his name is Yuri Yakimov.
NAVIG: Well, this friend we know from Sverdlovsk.
FY: He read a lot of material on these matters concerning everybody. And his version of the events I like best.
NAVIG: Ну нас интересуют факты. Дело в том, что в деле подписи стоят эксперта Возрожденного. Well, we are interested in the facts. The fact is that in the autopsy reports are signed by expert Vozrozhdenny.
FY: Yes, it's all nonsense. Yes, I am aware of all these many cases, because at that time I worked as the chairman of the sports committee in Ivdel.
NAVIG: Yes?
FY: Yes, at the same time when they started looking for the students. I just came to work in the sports committee. And I knew perfectly well Korotaev, the investigator, who was in charge.
NAVIG: This is what he says, I talked to him personally.
FY: Well, I knew Volodya Korotaeva, I knew him perfectly well because we worked together in the Komsomol. But the fact is that you understand, all this is talk, nobody specifically, nobody really ...
NAVIG: I undertsand, in your opinion, where is the archive of this medical unit?
FY: I think the archive of the medical unit is in Sverdlovsk, for sure.
NAVIG: in Sverdlovsk, you think?
FY: Yes, there.
NAVIG: We want to make an official request. The fact is that, for example, here is the wife of Strauh, she worked here just in the medical unit. She says that Dyatlov group were packed and sent in special carriage to Sverdlovsk. And Korotaev says that he was personally present at ...
FY: Who said that?
NAVIG: Korotaev Vladimir Ivanovich.
FY: He is correct, the autopsy was done in Ivdel, and not even outside the zone, but the autopsy was done in the in the zone.
NAVIG: Yes, in the zone. Were you there at that time?
FY: I was not in the zone.
NAVIG: No, well, did you live in Ivdel?
FY: Of course I was in Ivdel at that time. They performed the autopsy in the zone, and only after the opening in the zone they were sent to Sverdlovsk.
NAVIG: Well, was there one group of hikers or two?
FY: There was one group that was dead.
NAVIG: Well, the fact is that Strauch's wife, and there was surgeon Prudkov, his nurse Solter, they claim ... Well, the surgeon already died, you see.
FY: Yes, the surgeon has died.
NAVIG: And she says that they did not cut them open there, but they sent them right away, and a version appeared that it was ...
FY: Ну, Коротаев присутствовал при вскрытиях при всех, он и второй следователь был Иванов еще , они присутствовали при этих вскрытиях при всех. Well, Korotaev was present at the autopsy on all, he and the second investigator Ivanov, they were present at the autopsies on all.
NAVIG: I see. But these people don't lie, so there is a version that there were two groups. 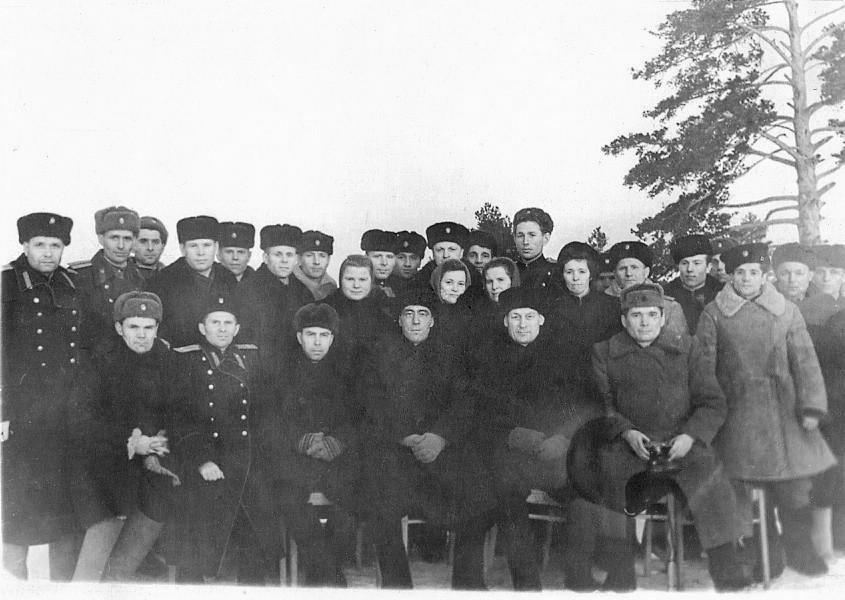 FY: No, there were not two groups.
NAVIG: No?
FY: No, the searches went for one group. In Ivdel there are many employees of the Institute, the military unit was here as well. The military unit, the military personnel and the hikers of the city participated in the search but did not look for anyone except the Dyatlov group.
NAVIG: Did the organs actively participate there??
FY: The organs were very active, because they were connected, the military unit was there, there was also military unit 6602. It was involved, the rulers of the department worked there. The military unit was there, the security of the zones was 6602. This part was established in 56, three years later, this happened. Before that, there was no military unit in Ivdel.
NAVIG: There were all kinds of light balls flying, can you say anything about that?
FY: What are you saying?
NAVIG: Some glowing objects flew across the sky.
FY: I don't think so, it's not just me, you can ask anybody that lived Ivdel at that time. We had fireballs over Ivdel very often.
NAVIG: Well, it's because there were some rockets, right?
FY: Yes, we thought it was a launch. You see, what's interesting is that a ball of fire will fly by, in 2-3 days will be an announcement that in the Soviet Union a spaceship has been launched there or some kind of artificial satellite. So it's hard to say something, because we didn't really know anything. The thing is that after that, somewhere in the 90s, it means that in the 90s the head of the city, there was such a Ugarov Vitaly Evgenievich, he created a special commission to check those places, whether there are any polygons there. The commission did not confirm anything, denied everything completely. So it's difficult to say anything now. I'm going to advise you to turn to the medical unit in Sverdlovsk, now there are two medical departments, one of the GUIN, the second medical department of the Ministry of Internal Affairs. You need to turn to th emedical department of the Ministry of Internal Affairs. Address is Repin, 4A. They can and they have to tell you where to find the materials you need. You will not find anything in Ivdel, there is no management office in Ivdel anymore. Management ended its existence in 2006.
NAVIG: Well, does the zone exist?
FY: The zone, yes, there are separate colonies, but the Office itself, which was at the Head of all these things, is not there now.
NAVIG: And this medical unit, does it still exist?
FY: No, there is no medical unit anymore, all of it, there aren't any departments, there is nothing left. There is only a polyclinic, which is subordinated directly to Sverdlovsk. It is like a rehabilitation center, it has nothing to do with prisoners.
NAVIG: Is it for civilians?
FY: It serves military personnel, superiors, and civilians, everybody. And the zone serves Sverdlovsk only, and it is serving everybody.
NAVIG: Did you know Prudkov?
FY: Iosif Davydovich, I personally knew him very well.
NAVIG: Did he tell you anything?
FY: What about? About, no ... He did not say anything, he soon left Ivdel.
NAVIG: The fact is that we turned to his son, he is now...
FY: He does not know anything, he was young then
NAVIG: No, he told us that his father did not say anything to them and then forbid them to talk about it.
FY: Yes, he could have done anything, they wouldn't have said anything to them ... The fact is that he has 2 sons, not one, two.
NAVIG: Two sons?
FY: He has two sons, son Michail, and the second son was Aleksander.
NAVIG: Well, we talked to Aleksander.
FY: Aleksander is born in 57, what could he tell you?
NAVIG: Well, that's right, he did not say anything.
FY: But you can talk to Mihail.
NAVIG: I see, well, we'll find him, yes.
FY: I think you will find him.
NAVIG: Yes. Well, it's clear, if there are any questions, then I'll call you back.
FY: Yes, for God's sake, don't hesitate to call me at any time, I will share what I know on the matter.
NAVIG: I remembered another thing, do you know anybody who worked there at that time?
FY: Where? In Ivdel?
NAVIG: No, just in this medical unit, if they were present at any events that might be related.
FY: Honestly, I'm not going to answer this question right now.
NAVIG: No, well, not right away. I'll call you later.
FY: You see, 49 years have already passed, it's a lot of time.
NAVIG: Well, they will be old people already.
NAVIG: I wish you success.
FY: Same to you. If anything, please call, I will help you at any time. 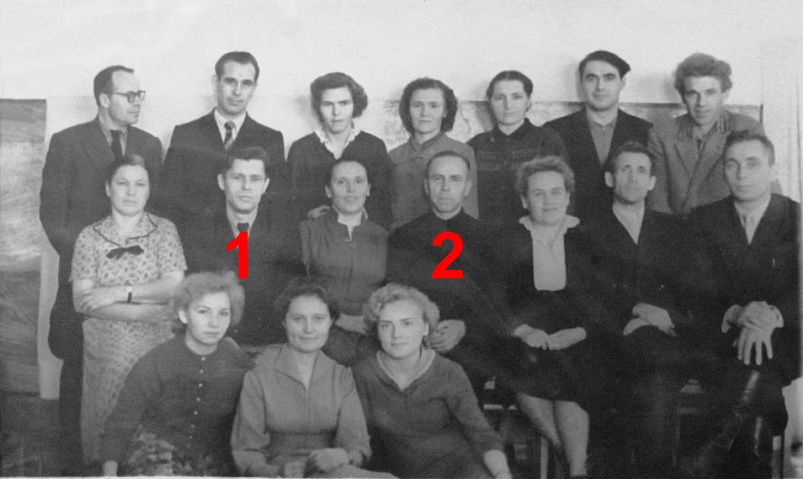 This is the entire party apparatus of Ivdel