In early February 1959, a group of hikers led by Igor Dyatlov died under mysterious circumstances on the slope of Mt. Kholat Syakhl in the Northern Urals. For spending the night, they set up a tent on a bare mountainside, well above the forest boundary (see Figure 1). 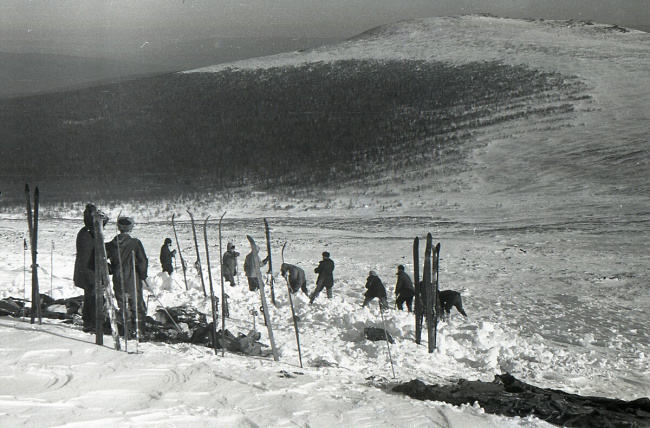 Figure 1. Location of the tent on the mountainside, 1959 (V. Brusnitsyn)

For a still unknown reason, they cut the side of the tent from the inside and fled half naked. Then along the slope, crossing open stone ridges and snow-covered fields, they descended into the forest, where they froze. The search started only in the third decade of February. On February 26, a tent was found in which there were no people. I, as a participant in this operation, perfectly remember the tension of those days. On February 27, the bodies of four hikers were found. A few days later, another person was discovered. And four more corpses were found only on May 4th.

What was the real nature of the "overwhelming force"? For more than six decades, the relatives of the deceased hikers and the public have been trying to find an answer to this question. Many theories have been put forward for the cause of death of the hikers.

At the beginning of 2019 the prosecutor's started reviewing the criminal case conducted in 1959. The results of the inspection have not yet been made public. Nevertheless, on June 11, 2020 Andrey Kuryakov, the head of this prosecutor's investigation, held a press-conference in the editorial office of the newspaper "Komsomolskaya Pravda" and revealed to the public some of the results of the investigation. Kuryakov believes that the main reason for the death of the hikers is an avalanche on the tent of the Dyatlov group. He explains his decision on the avalanche on the basis of a trace examination carried out by E.V. Baranov at the federal budgetary institution "Ural Regional Center for Forensic Expertise of the Ministry of Justice of the Russian Federation".

The investigator believes that the only sign of an avalanche on the tent is the simultaneous collapse of the rear pillar and the breakdown of the rear braces, the cause of which "could be some kind of blow from top to bottom a little obliquely, including as a result of the descent of the snow mass". Lets follow the course of reasoning of the investigator that led him to this conclusion.

Beforehand, I want to state the following. The real condition of the tent, discovered on February 26, 1959, was seen only by two searchers - Boris Slobtsov and Mihail Sharavin. They cut the dense snow lying on top of the tent with an ice pick and examined the items inside. On February 27, a group of searchers also examined the tent. Georgiy Atmanaki, a member of this group, wrote down in his testimony: "... cleared off the snow and lifted the lodged sidewall, carefully lifted the blankets and quilted jackets... Examined the contents... having first raised the tent and pulled out three pairs of skis...". Thus, the position of the tent and the things inside was twice contaminated. And subsequent searchers saw a slightly modified state of the tent.

The tracing expert believes that "... The tent from the southern side, from the side of the entrance, was held on a spacer (stick), the stretchers were intact." One should agree with this opinion of the expert. Indeed Boris Slobtsov in his testimony of 04/15/1959 said: "... the entrance to the tent protruded from under the snow ...". Mihail Sharavin was not questioned by the investigator, but in answers to questions he said: "... Only one entrance was visible ... only the front pole stood vertically." Similar opinions were expressed during interrogations by other searchers (Aleksey Chernyshev, Vadim Brusnitsyn). According to my personal observation, the southern entrance ridge of the tent was on a ski pole, the lower part of which was covered with snow and was located outside the tent (see Figure 2). 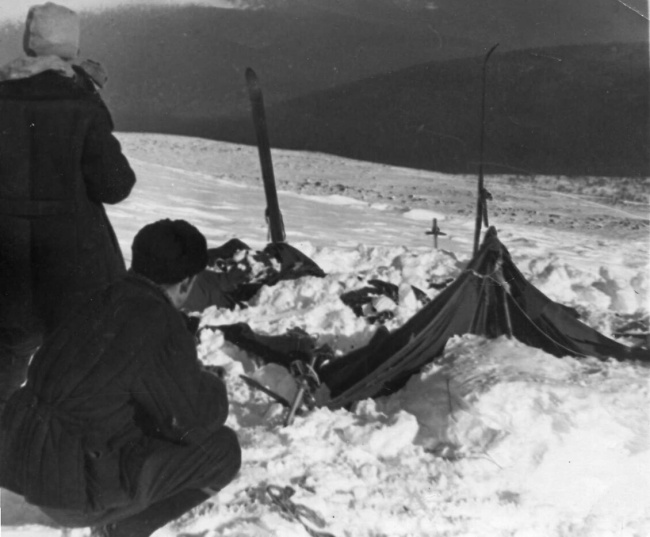 Referring to this photo of the tent, the expert quite rightly concluded: "The near pole from the side of the entrance is standing." Along the way, I note that the author of this article, in a sheepskin coat, with a protruding wind jacket hood and an army cap on his head, stands with his back to the photographer (Vadim Brusnitsyn). And Boris Slobtsov squatted in a quilted jacket (for comparison, see Figure 3, on which the jacket on Slobtsov can be clearly seen - the second from the right - and which is also visible in Figure 2). 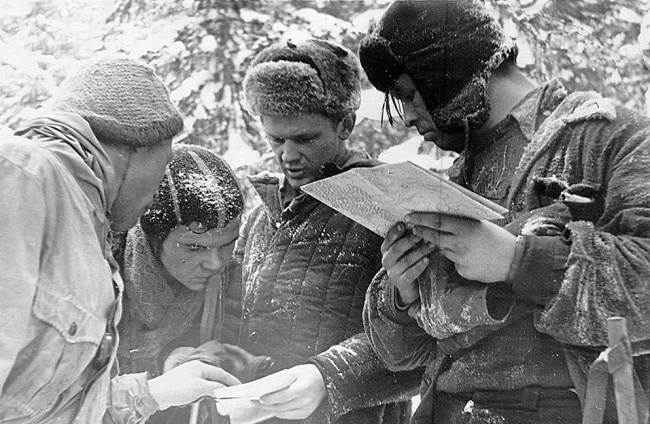 The situation with the rear ridge rack is much more complicated. According to the expert, "... the far pole (from the side of Otorten) fell over". Mihail Sharavin described of the back pole in similar words: torn down, dropped. Such words only describe the condition of the rear pole, imply the presence of a pillar, but do not characterize the degree of damage, collapse, dropping of it: either the rack fell to a horizontal position, or it only bent over at some angle.

However, in his testimony Aleksey Chernyshov noted: "... The other [northern - Karelin's note] end [of the tent - Karelin's note] was also propped on a pole." According to my personal observations, a ski pole under the northern ridge took place outside the tent. It was connected to the northern ridge of the tent for supported and was tilted towards the tent. But at the same time, the rear pillar did not fall completely and was not in a horizontal position. Such a tilted state of the rear ridge of the tent is also visible in the photograph. In the far part of the tent, to the left of the standing ski, you can see the corner of the far ridge of the tent. And the far stand itself, of course, is not visible due to the angle of photography. But the actual presence of a tilted pole confirms Aleksey Chernyshov's and my personal observation. In addition, the presence of not fallen to a horizontal position, but only tilted rear pole indirectly confirms what the searchers said:
- Slobtsov in his testimony said that «the middle [of the tent - Karelin's note] fell down";
- Lebedev in his testimony said that "the middle of the tent fell through".

From these testimonies it follows that the middle of the tent was below both of its skates, supported by poles. At the same time, the southern, entrance pole was in an upright position, and the northern one was bent over. Thus, it should be noted that the investigative expert incompletely and somewhat inaccurately assessed the condition of the rear ridge post, which, according to the expert collapsed, but in reality only tilted towards the tent. 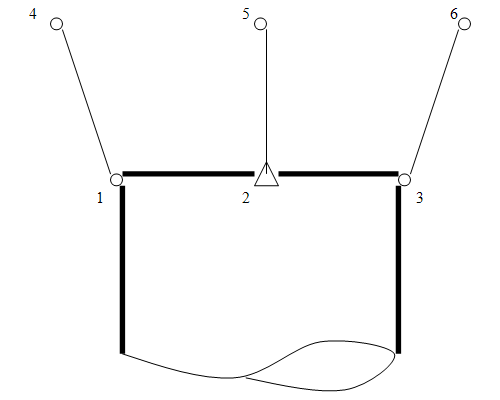 Figure 4. Layout of the back of the tent

If there was a breakdown of the left stretcher 1-4, then the ridge pole will instantly fall to the right, towards the right slope of the tent with stretchers 3-6. 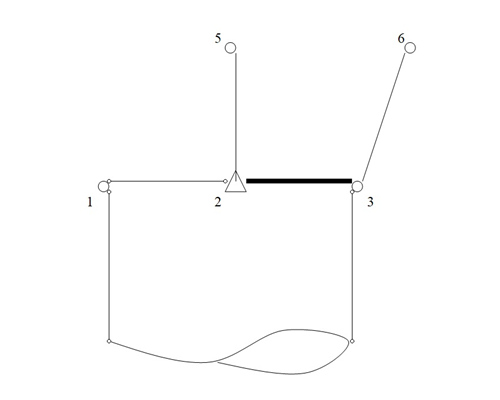 Failure of the left stretcher 1-4

If there is a breakdown of stretcher 3-6, then the ridge pole will instantly fall to the left, towards the left slope of the tent with stretcher 1-4. 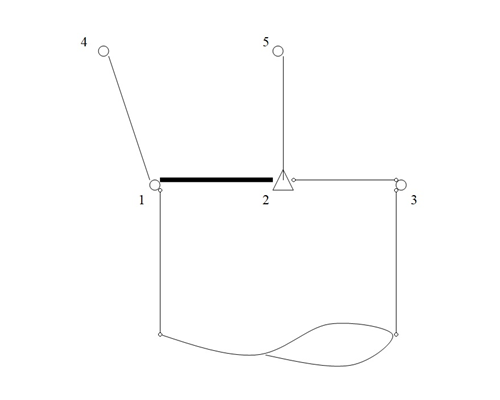 Failure of the right stretcher 3-6

If there is a breakdown of the ridge stretcher, then the ridge pole will instantly fall to the side of the tent. 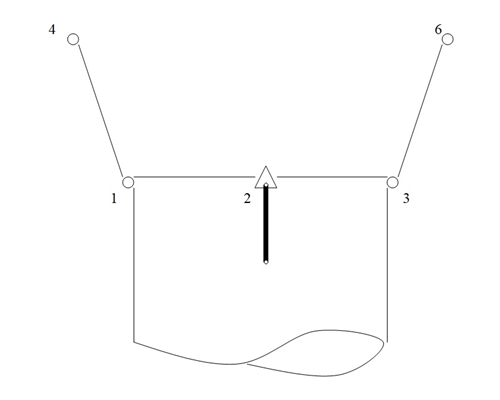 Failure of the ridge stretcher 2-5

If both side stretchers 1-4 and 3-6 are torn off at the same time, then the ridge pole will instantly fall either to the right or to the left. 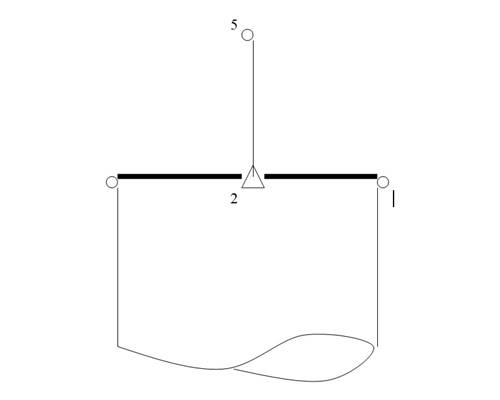 Failure of the left 1-4 and right 3-6 stretchers

Further, the expert states that "the cause of the collapse of the rear post of the tent could be some kind of blow from top to bottom, a little obliquely, including from the descent of the snow mass." This expert opinion is conjectural and is not substantiated by anything. The expert did not cite a single fact confirming the existence of a blow to the rear pillar "including from the descent of the snow mass". Therefore, the final conclusion made by the expert about the avalanche has no legal proof. But the absence of an avalanche (impact of a snow mass) is confirmed by the following facts. If an avalanche had occurred, then the tent could have been moved, but in fact the tent remained in its original place, as evidenced by the ski poles preserved in their places, to which the stretchers were tied. The avalanche could come down in a direction perpendicular to the longitudinal axis of the tent. Therefore, if there was an avalanche, then the rear ridge post should be knocked down to the right. In fact, she leaned over the tent. Medical researchers argue that when people are in a tent during an avalanche it is impossible to get injuries that are actually found on some corpses. These facts clearly indicate the absence of an avalanche.

So we have several possible reasons for the failure of the rear stretcher:

Some researchers of the tragedy of the Dyatlov group believe that before the dramatic moment when they left the tent, one person (possibly Zolotaryov) was outside the tent. While inspecting the tent, he could have tripped and tore off the rear stretcher, which inevitably should lead to a change in the position of the rear pole. From a fundamental point of view, such a situation is quite possible, but only if there is unequivocal proof that one person was outside the tent.

Activities inside the tent, as an impulsive reaction to the influence of some external force, expressed in cutting the right slope of the tent and leaving through the cuts from the tent, could well have resulted in the breakdown of the rear stretcher.

If it were not for the mass of snow by the rear wall of the tent, the rear pole would have fallen on the tent to a horizontal position if any of the rear stretch ropes were broken. But the rear pole only leaned over the tent. The reason for this, most likely, was the fact that this pole was already in a mass of blizzard snow that wrapped around the pole along its entire diameter and part of the height, which did not allow the rear pole to fall to a horizontal position: the pole is not fallen, but only inclined. Thus, inclination of the rear pole indicates the presence of a mass of blizzard snows in by the rear wall of the tent, which is quite realistic for the conditions in the area at the time of the tragedy.

One more significant point should also be noted. The tent of the Dyatlov group had a great length - 4.33 m (14 ft). When pitching such sizable canvas, hikers usually used stretchers in the middle, tying them to trees or adding additional stretch ropes(see Figure 5 for an example). 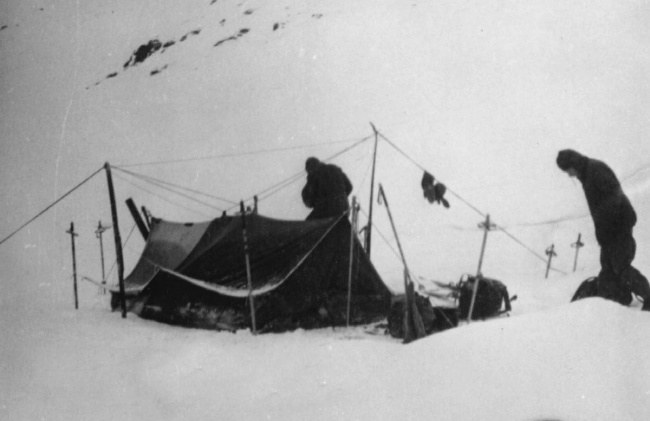 Figure 5. Tent with stretchers in the middle 1958

The above analysis allows us to draw the following conclusions.

"How we didn’t get to the moon"