Relatives of the hikers from the Dyatlov group turned to the General Prosecutor's Office with a request to take away the criminal case from the Sverdlovsk prosecutor's office.

"We ask you to reclaim from the prosecutor’s office of the Sverdlovsk region, the criminal case opened in February 1959 by the prosecutor of the city of Ivdel of the Sverdlovsk region, V. Tempalov, in order to examine whether it is a criminal case," the appeal says. “Based on the results of the investigation, if it is not ruled as a criminal case, to provide assistance by contacting the chairman of the Investigative Committee of Russia Alexander Bastrykin to initiate a real criminal case on the murder of nine hikers in February 1959."

The 60 year old criminal case is called by family members, researchers and activists of the fund a "bulging folder". Despite the fact that it lacks a case number, the investigation contains a decision to initiate proceedings. They also believe that it was open only to “give the appearance of an objective investigation” and was terminated “only three months into the investigation”. The main reason for the petitioners to file their claim is that the case does not answer the question about the cause of death of the hikers.

Relatives and activists of the Dyatlov group's memory fund continue to insist that the group was victimized by a man-made disaster during tests of military weapons (missiles). Three most likely versions are called: negligence on behalf of the rocket engineers who made a mistake in the design of the hull or engine of the aircraft, unsuccessful launch and sabotage. The petitioners cite in favor numerous inconsistencies in the 1959 criminal case and special attention to the investigation by the military i.e. the arrival of the commander of the Ural military district Dmitry Lelyushenko in Sverdlovsk.

The petition is signed by: 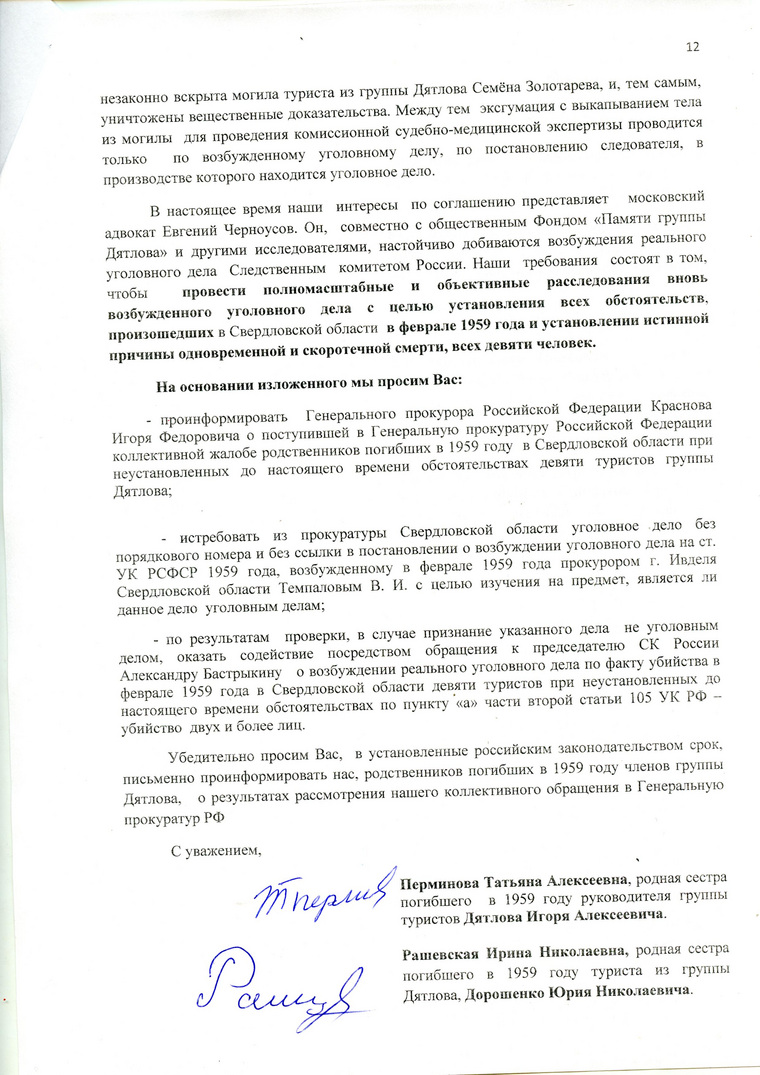 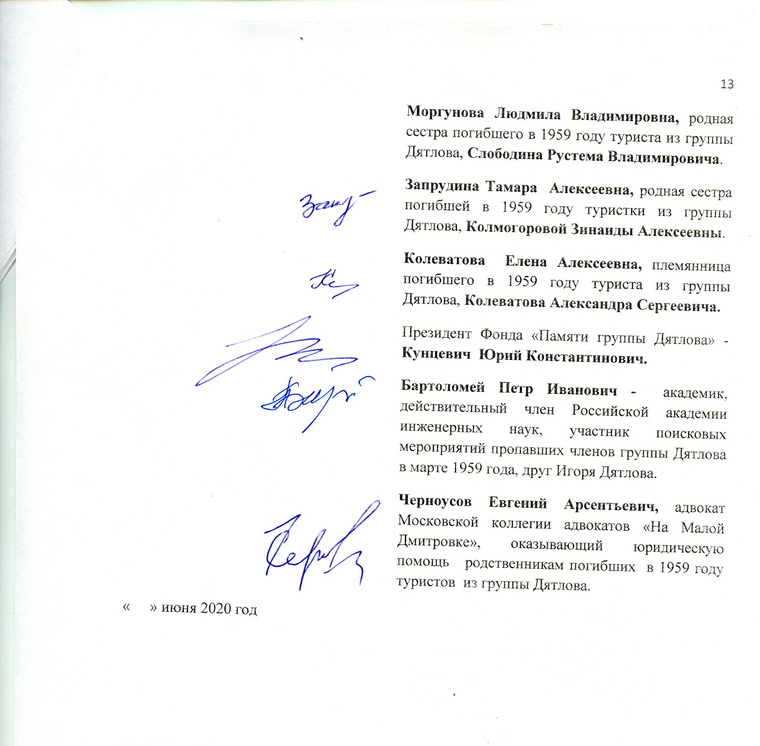