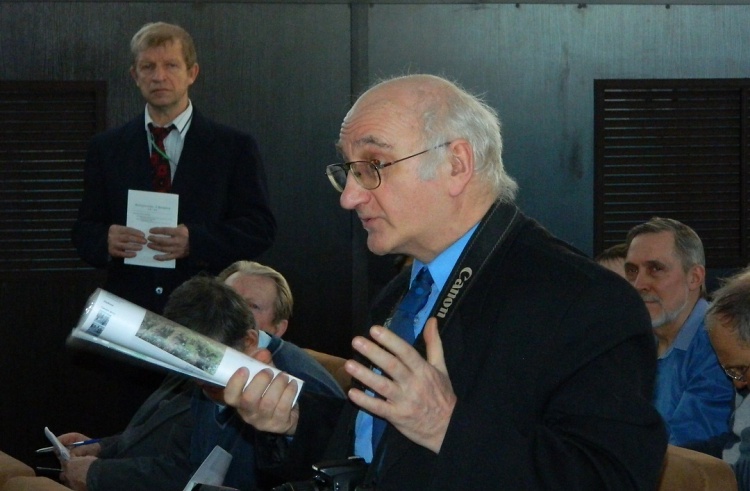 Vladimir Borzenkov has presented his version of events in the fateful night in forum.dyatlovpass.com. Here is the gist of it. 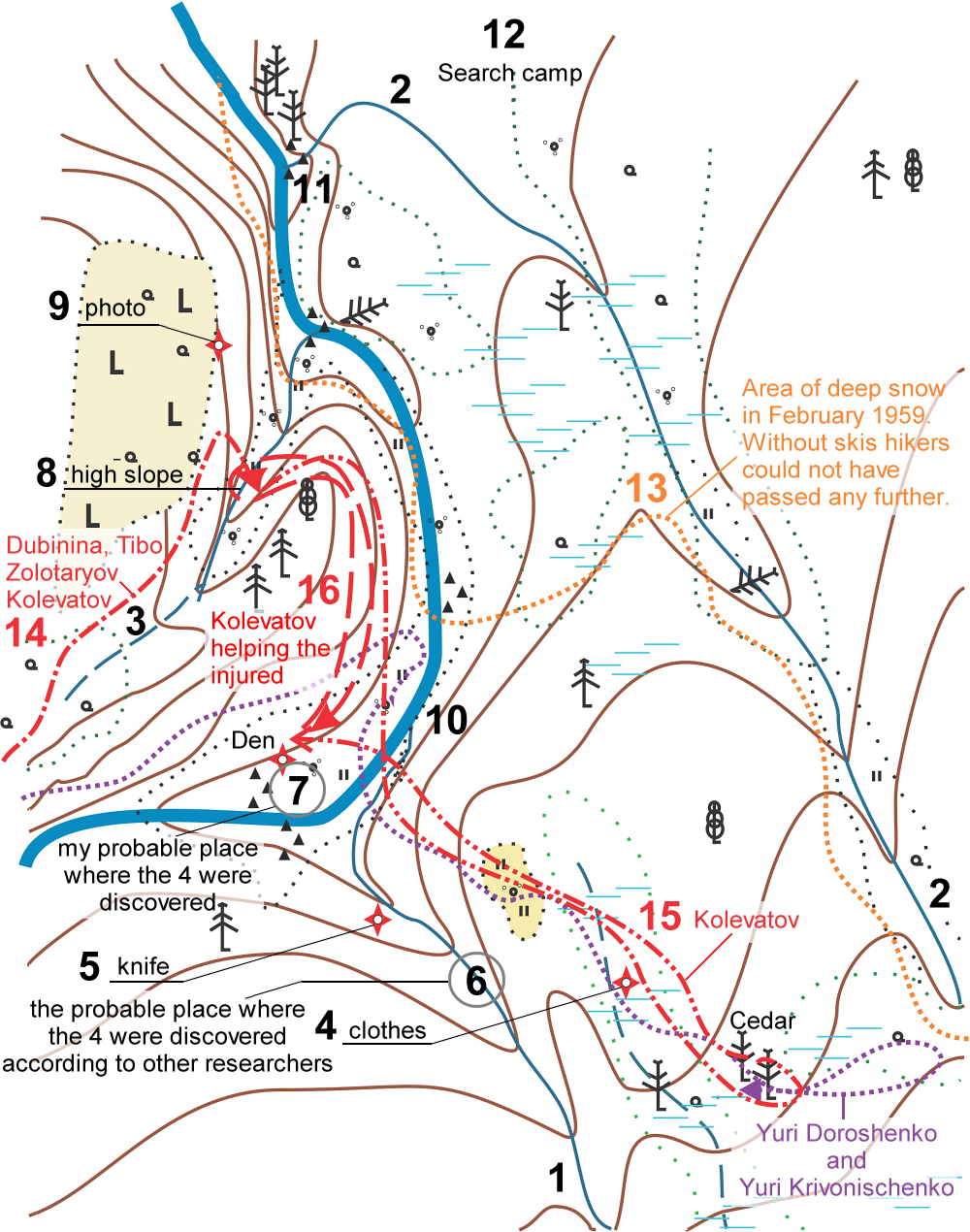 Notes from the editor:

How did the events unfold
"Lyuda, Semyon and Aleksander Kolevatov found wounded Tibo on the 3rd stone ridge (where Maslennikov drawing shows the dropped flashlight) and carry him from there following the easiest and most even route. In this area this is the most probable way. They have come on a place marked as 8 high slope. From there the cedar can be seen in the afternoon. At night the reflexion of the fire lit by Doroshenko and Krivonischenko will be well visible. From the top of the slope of white snow against white snow the edge and drop are not clear. While carrying Tibo they didn't notice it and the whole group tumble down the slope. Lyuda and Semyon were injured. Only Aleksander Kolevatov remained mobile and went in the direction of the fire for help. He found Doroshenko and Krivonischenko dead and removed some clothes repositioning them next to each other. Kolevatov went back (dropping some clothes found before the bodies in May 1959) at made a temporary den to lay down the injured hikers on branches while moving them to the fire. He then went to the place of fall where there are now three injured hikers and start transporting them one by one in the following order: Lyuda, Nikolay and Semyon. The work Kolevatov did was very exhausting, he didn't manage to transfer not a single person from the den to the fire. The strength of a man is not infinite even in survival mode."