Witness testified: Working in UPI, I have the position of chairman of the route committee at the regional hikers club, and until 1959 the route commission was at the city committee of physical culture and sports.

It was believed that in the area of ​​Mount Otorten conditions are similar to the conditions of the Northern Urals in general. I didn't found any grounds to disprove of the rout. Before leaving Dyatlov consulted with me and Maslennikov on several occasions.

The route commission received from Dyatlov a trek project and registration cards of the participants. From the cards it was evident that the participants of the hike had previously passed the route of the second category in the winter. This was enough to include them in the group. In addition, they all previously participated in several expeditions. According to the instructions, the group leader had to have been on a trek of third category of difficulty. Dyatlov had gone on a trek through the the circumpolar Urals. Dyatlov had II sports category.

Thus, all participants of the hike had all the data were in order to pass the route they had planned. The health of the participants in the trek was not documented to us, for by the day of the approval of the route

the routing commission certificates of health of the participants were not submitted. Dyatlov told us that all participants are healthy, trained, and on the basis of Dyatlov's assurance the route was approved.

According to the list submitted to the commission, the equipment of the group met all requirements.

After the statement, Dyatlov filled 3 copies of the protocol, of which 1 copy he gave the commission, 2nd copy was handed over to the city committee for physical culture and sports comrade Ufimtsev, from whom he received a route book, and the third copy of the protocol and a copy of the route book Dyatlov had to carry to the UPI sports club and on the basis of these documents he had the right to receive equipment and money. As it turned out later, Dyatlov did not submit these documents to the UPI, and the Chairman of the UPI Gordo Sports Club, allowed him to receive equipment and money without these documents.

Without a protocol and a copy of the route book, Gordo could not oversee the movement of the group.

According to the instruction undertaking trek of difficulty category III meant that the group had to cover 350 km for 16 days, of which 8 days in a sparsely populated area and at least 6 overnights in the field. During this time the group, including the Dyatlov group, was to pass at least 100 km without settlements. Since there is no group of settlements in the way, the group was supposed to give telegrams to the city committee for physical culture and sports

comrade Ufimtsev and the sports club UPI comrade Gordo only from (when leaving and arriving) the starting and ending points of the route. In our region, there are no control points anywhere, therefore within 16 days the group can not report about itself.

Radio transmitters for the groups are not provided at all. Also physically, groups can not carry radio transmitters, because a radio with a radius of transmittion of not less than 150 km weighs at least 32 kg. Besides, short-wave radios are not allowed. In addition if there was a radio transmitter, then you need to set watch for receiving transmissions, and such schedule was not set.

Thus, the preparation, equipment and organization of the expedition met all the requirements for a normal expedition to the pass.

It is written correctly from my words (signed) 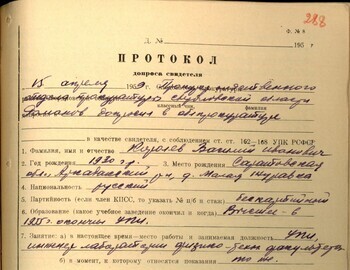 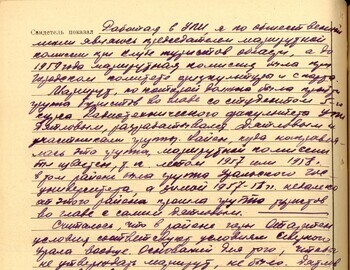 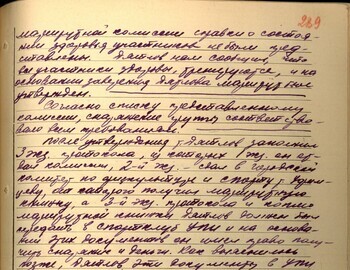 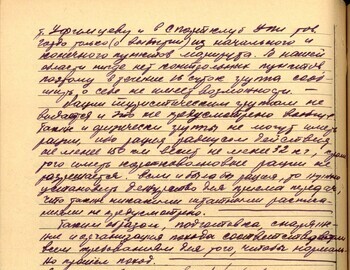