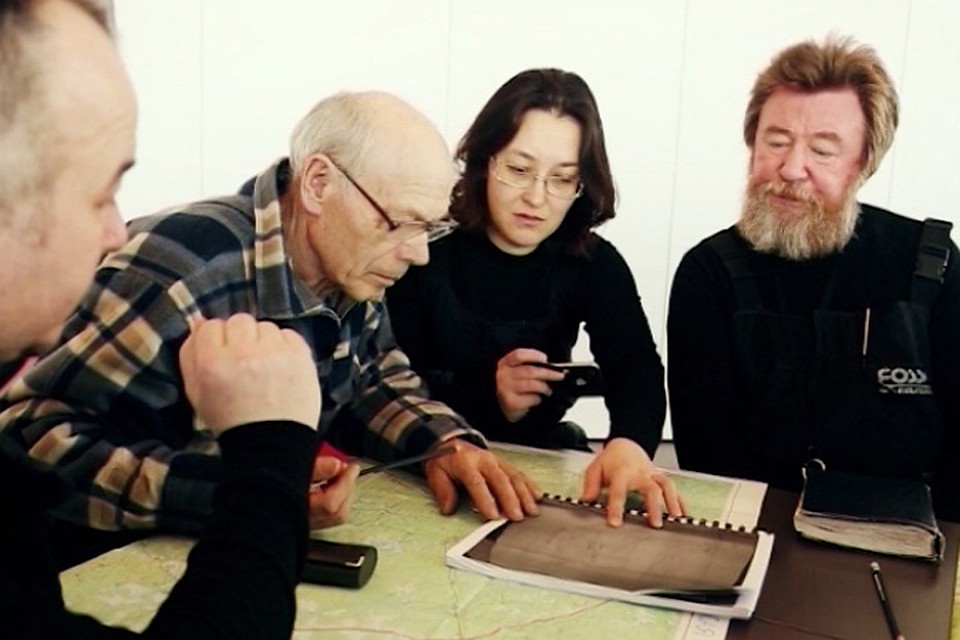 Researchers have been fighting over this mystery for half a century. In the archive of the Foundation for the memory of Dyatlov group there are already 64 (!) versions of what happened - from the avalanche to the "snowman" - but none of them fully explains what has happened there after all. So it turns out that everyone walks around in a vicious circle.

In his latest publications and in «Let them talk» about the tragedy of the Dyatlov group, we come to the conclusion that some unsuccessful military trials could have caused the drama. A number of very serious facts lead us to that conclusion. For example, in the beginning of May 1959 the bodies of the last four hikers were found. Three of them were seriously injured. Lyudmila Dubinina had fractured almost all the ribs, and Semen Zolotaryov broke half of the ribs, Nikolay Thibeaux-Brignolle had a fatal skull trauma. All the injuries - experts established - were premortem. What immediately comes to mind? Someone beat the hikers violently. There is no other explanations. Hence, it is necessary to begin an even broader investigation, for which in 1959 the relatives of the deceased were asking. However ... the party leaders of Sverdlovsk order to curtail this business!

Observations of the investigator

Investigator Vladimir Korotaev then in the years of glasnost said: "... I was invited to the first secretary of the city committee of the party Prodanov who transparently hinted: there is suggestion to close this case. It was clearly not his personal decision, but an order from above. At my request, the secretary called Andrey Kirilenko (the first secretary of the Sverdlovsk regional committee of the party). And I heard the same thing: to terminate the case. Literally a day later investigator Lev Ivanov took over the case, and quickly turned it off ... I was surprised by the rapid terms of the investigation - March, April, May - a case of this magnitude required a longer investigation. These places had to be inspected in the summer, perhaps, when more traces could be found. "

However, in May 1959 the case was closed with a vague wording: "The reason for the death of students was an overwhelming force, which they were unable to overcome."

Why this instruction from above - to stop the investigation? If the hikers had died from an avalanche, from a UFO, from a booze (and what other versions are there?), wouldn't have they continued to investigate the case? Hence the conclusion: the case had to be closed only because it is connected with a state (i.e. military) secret.

We read further the memoirs of the investigator Korotaev ("AiF-Ural", No. 5, 2004):
"... From the case, which I conducted, are missing the testimonies of Mansi Anyamov and Sambindanov. They said that they had observed an elongated body over the taiga, behind which burst out flames ...

I remember well how I was present at the autopsy of corpses by medical experts Vozrozhdenny and Ganz. The bodies had no visible damage, but the bones were badly broken. Nikolay Thibeaux-Brignolle skull was literally flattened. After the autopsy, we were ordered to get into barrels with alcohol.

I immediately reported the results of the autopsy to the members of the government commission, who at that time were drinking in Lozva. But the new discoveries turned out to no use for them: everyone was satisfied with the version of the death of hikers from hypothermia. Soon after I was removed from the investigation. Many years later I communicated with scientists from the circle of Korolyov, Academician Raushenbach.

I was very vaguely told that there were some tests. Personally, I like the "rocket" version. A few years after the tragedy, one Mansi hunter discovered an strange piece of iron in the forest, which, apparently, was one of the debris. So far, serious searches have not been conducted on Dyatlov Pass. I think that the debris is still there and if you are looking for them ... ". 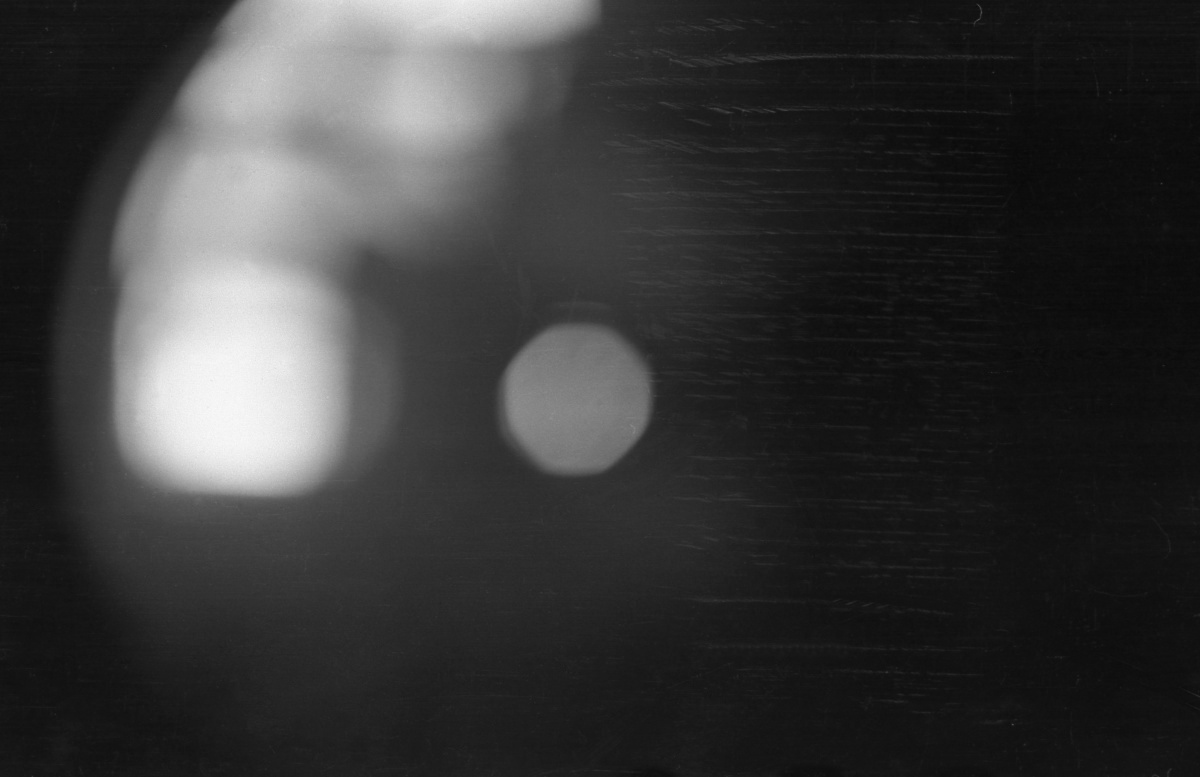 There is an opinion that the last frame Krivonischenko captured the falling stage of the rocket.

Why nobody said anything?

Many ask a logical question: if the hikers were killed by a rocket, why didn’t anybody from the military say anything till now? We think that they actually talked, not once. According to the memoirs of veterans, almost all of Sverdlovsk was saying that hikers were victims of weapons tests. And relatives of the dead suspected the military.

For example, the father of Lyudmila Dubinina, who was in charge of the Sverdlovsk economic council, said at the interrogation in March 1959: "... I heard the conversations of the students of the Ural Polytechnic Institute (UPI) that the flight of the stripped people from the tent was caused by an explosion and a large radiation. ., and the statement of the Head of the Sverdlovsk Regional Committee of the Communist Party of the Soviet Union, Ermash, made to the sister of the deceased, Kolevatova, that the remaining 4 people, not found yet, couldn’t have lived after the death of their comrades more than 2 hours, makes us think that the violent, sudden escape from the tent was caused by a rocket shell and radiation near the mountain 1079, that forced them to escape from it further and, it is believed, affected vital activity of people, in particular, the vision.

The light of the rocket shells was seen in Serov on February 2 at about 7 am ... it surprises me why the hiking routes from Ivdel were not closed ... If the rocket deviated and did not reach the planned test site, in my opinion, the agency that launched the rocket, must send to the site of the fall and conduct aerial investigation to find out what is the aftermath of the accident. ... If aerial investigation took place we can assumed that the remaining four people were picked up. I state here my personal opinion and it is not to be disclosed publicly." 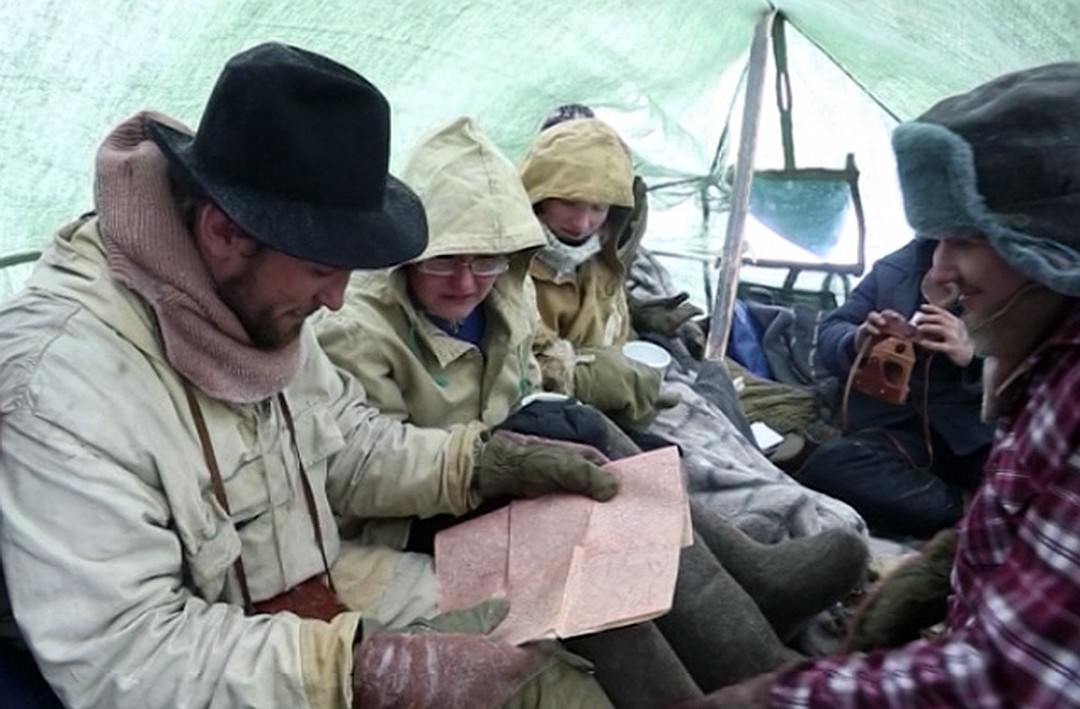 Winter expedition "KP" and Channel 1 to Dyatlov Pass in 2013

In this regard, Sergey Sogrin published interesting memories (already in perestroika) . Sergey Sogrin was a student in UPI and participated in the search for for the missing hikers. "In the early 70's I met in Pamir with I.D. Bogachev, a master of sports in mountaineering. He worked in Moscow in some secret research institute. In the evening at the fire at Iskander-Kul lake I told him the story of Dyatlov group, to which he literally replied the following: "In those years we dropped the spent rocket launchers into the uninhabited regions of the Northern Urals, and Dyatlov was the victim”. It was impossible to ask more, he worked, as they said at the time, in a "box". 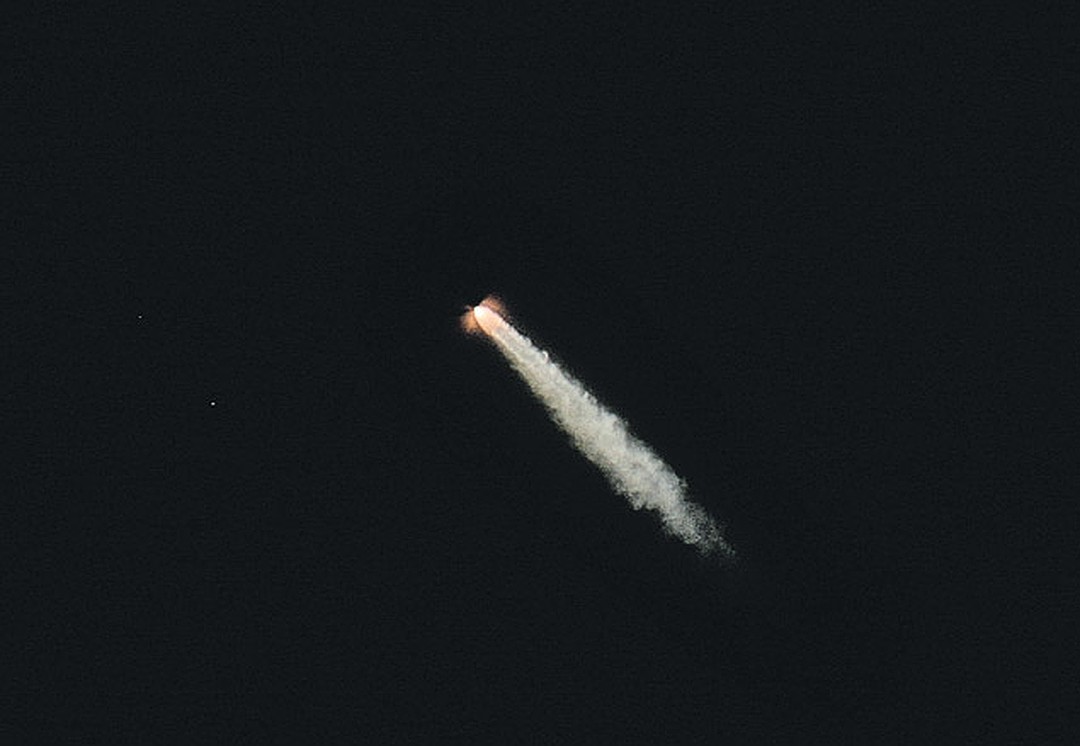 Two arguments against this theory