Written by Galina Sazonova. This is part of a much longer conversation. 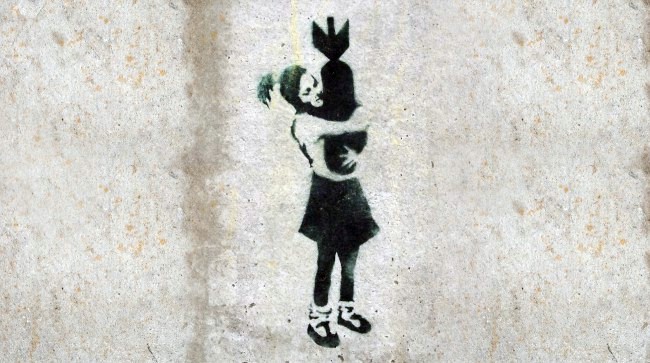 1) a "secret" was created back in 1959, and the state used large resources to find the group. This was especially true of the last four, "by all means, do not stop searching". And our state was always worried about global problems and never worried about the lives of individual people and groups, many died before that, and after that there were many (and in the same UPI), but the effort was never this massive.

2) this "secret" still exist, which follows from some archival issues. Well, we know for sure that there are still documents, we know where they are and we know that they are still classified under the heading of secrecy. And no appeals to the SC and the prosecutor’s office help to declassify these documents. I'm talking about party archives now.

What could be the reason for such a long state secret? Only issues of national security and defense. But at the same time, we have already declassified all military documents (defense, test version), we have already admitted how in 1954 they dropped an atomic bomb over troops and villages to see “what will happen”, we have already declassified the failed tests at Baykonur, when people died (rocket exploded at the launch pad), including General Nedelin. What is the reason to maintain in secret the deaths of the 9 hikers? All launches are already described, tests too. Therefore, I exclude the interests of the Ministry of Defense.

What's left? The interests of the state and its security, what the KGB did. And, agree, such an event should be significant and major. What was going on in the world in general at that time? We had a Kyshtym disaster in 1957. And the most interesting thing about it is that the accident was recognized by USSR only in the mid-90s, 40 years after the fact. But the causes of the catastrophe have not yet been published. All investigation documents are classified to this day and until the 1990s information about the accident could only be found from CIA sources. In them the accident is not as big as Chernobyl, it is attributed to negligence. They don’t make movies about it, and in whole is hardly known to the general public.

And now I’ll try to explain to you in few words, what did Kyshtym mean at that time.

The nuclear project was officially launched by the parties around 1942 — by us, the Germans and the Americans. Moreover, the Germans in some respects were far ahead of us and the Americans. Their problem (to our delight) was that they initially took the path of not creating weapons (Hitler was strange, he believed in mysticism and did not really believe in science), but to create reactors as sources of energy. They tried to create nuclear submarines even then, which would bring their fleet very forward. And only towards the very end of the war, perhaps they tested the first bomb (no one has documented this). The Americans and we went just the other way - the weapons are more important, then we will negotiate.

But for weapons is needed weapons-grade plutonium, and we need a lot. It is one thing to theoretically calculate, and another thing to push 10 megatons of plutonium into a bomb. So - our and the American problem was that we did not know how to create a bomb, but not where to get so much plutonium. With the Germans was the other way around: they had already produced a large amount of radioactive substance.

Do you know why we so “anxiously” agreed with the Americans/British how to divide the territory of Germany, when it was already clear that its capture was a matter of time? We looked in what areas and cities where there were German research institutes and reactors. And on the still German territory, sabotage American and Soviet special groups were operating, competing in the extraction of documents, equipment, the capture of specialists, and most importantly, the already existing plutonium.

Now in the US, data is published that the first two American bombs were created precisely from German plutonium.

And the US went ahead of us.

Still, we suffered much more during the war, and short-sightedly many scientists were incarcerated in 1937, or even shot. Our nuclear project went in two directions - solve the problems yourself and "cheat". Surely you know that the structure of the atomic bomb was "leaked" to the Soviets by the Rosenbergs.

But... again. To make one or two bombs scare it and show that we know how to make them. But these are single copies, not mass production, to launch a nuclear arms race. And the mass production of plutonium in large volumes is not about getting it in small quantities in laboratories.

In Kyshtym all three plants were built, and they were called with the same spelling. Plant A (reactors), Plant B (separation) and Plant C (charge formation).

And we built this complex just a few years after the Americans. But even these few years are disadvantage.

And here we have the same dilemma - do we build it ourselves or "look over the fence"? And it turns out we cheated.

The plutonium separation plant (plant B) was an almost complete copy of the American first such plant, Hanford Site. And so the identical copy that we created repeated all their technological mistakes and short-sights. For example, there was a problem with the wastes storage. Nobody then imagined how far the race would go and what the consequences of all this were.

Moreover, this plant turned out to be not powerful enough. We have already launched a lot of reactors, the charge was formed well, but the release of plutonium from the ore was like a bottleneck in an hourglass. Therefore, very quickly we began to think over the construction of the second plant B, and taking into account all the errors and minuses of the first plant and much more powerful one. At its launch, we would be ahead of the United States in the annual production of radioactive elements. And they began to build it right there, in Kyshtym, near the first plant B.

Now lets see if for the USA stand point. There is a cold war and an arms race. They know the situation with our facilities and everything about the plants. At least in the reports of that period there is an excellent aerial photo with all soviet nuclear plans. They also know that Plant B is a copy of their Hanford Site. And they also know that construction is underway, which at the end will strongly push us forward. What do you think, if they disable the only plant and stop the construction, what would be the result of the cold war? We will have to start all over again, and this will take years.

The most popular version (including by the Americans) of the catastrophe in Kyshtym is the explosion of a waste storage facility. Plutonium was already being delivered from there, but still enough radioactive elements remained in these wastes to make everything go to hell. Both we and the Americans, having twin plants, faced with the problem of storing these wastes, and very much watched each other who will come first with a solution to the problem.

To stabilize these wastes (so as not to explode themselves), certain chemicals were added to them. Moreover, at first, the effect of these substances was calculated in a laboratory. There were several options. I don’t want to go into deep chemistry now. In short, in a laboratory in the USA, while testing these stabilizers, they suddenly got a big explosion out of the blue. It turned out that separately two substances are good, but together they get the opposite effect. We did not have time for experiments, our intelligence reported that a large amount was brought to the Hanford Site from both substances. So did we. Then it turned out that both were never used in the USA, and we got the Kyshtym disaster. You may laugh at this scenario, but I didn’t come up with it, it’s described in Los Alamos report for the CIA.

On United States behalf there could have been at least a deliberate misinformation, intentionally leading to the tragedy. But in fact, it’s not very clear at all, because there seems to be some mentioning of interference with the system for monitoring the stability of the waste.

In conclusion, we got a disaster on the scale of Chernobyl and Fukushima. The old plant and the construction site of the new plant were completely radioactively contaminated as they were built close. The construction site was infected even more than the old plant. The USA could rejoice and open the champagne.

But alas. They did not take into account the lack for respect of human life in the USSR. The price of life was zero. Neither the operation of the old factory nor the construction of a new one stopped their work for a single day. Inmates and soldiers were brought to clean. The USA could not foresee and understand this, their intelligence began to wonder "what are the Russians up to". 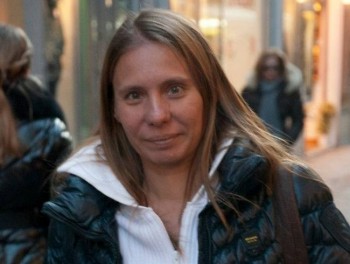