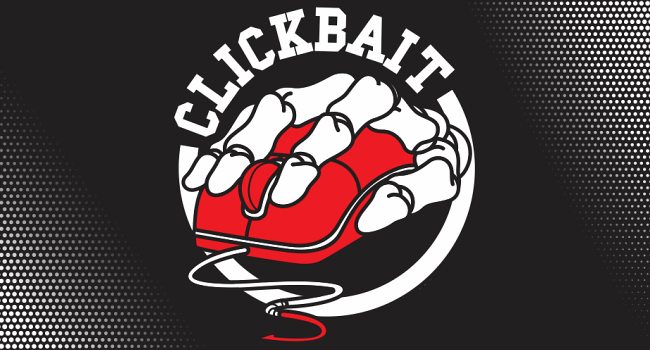 Sixty two years after the Dyatlov Pass incident It has become clear that the efforts to shed light on the case undertaken in Russia have little impact on the headlines in the western world. There is a colossal imbalance between real findings and western press releases. While I agree that the Dyatlov Pass mystery unites people the world over, the methods of publicizing its development remains very much colored by its affiliation.

While in Russia journalists are digging into state archives, the researchers going to the Dyatlov Pass every winter and summer, making measurements and proving theories, the former head of the Sverdlovsk prosecutor's office opening an initial investigation and announcing its conclusion losing his job in the process, the west world solves the case with a trip to Hollywood. I am not saying that it won't work, but let's see what the headlines show for February 2, 2021.

It all started when New York Times hired Johan Gaume in early October 2020 to write up an expert opinion on the case. Gaume, head of the Snow and Avalanche Simulation Laboratory at the Swiss Federal Institute of Technology in Lausanne, had never heard of the case before, but he took the assignment to heart and he was soon transfixed by the case. It is known the effect Dyatlov Pass mystery has on people.

The seed was planted with this NYT paid post which I accepted and advertised as a Halloween joke.

Can science Solve the Mysteries of Dyatlov Pass?

The history shows that the headlines in any language other than Russian appear only around the date of the incident February 1-2. The rest of the year in silence.

The Russians have their Annual conference in memory of the Dyatlov group organized each year on the anniversary date in Yekaterinburg by the Dyatlov Memorial Foundation. A lot of announcements are made on this date, important findings related to the case.

These findings don't make a dent in the western headlines that propagate each other. How can a spin-off a theory, which is neither new nor popular, be called a breakthrough?

"We do not claim to have solved the Dyatlov Pass mystery, but we show the plausibility of the avalanche hypothesis [for the first time]," - Gaume.

To straighten the record, the word should not be plausibility but possibility.

Gaume & Puzrin have created kick ass model of a freak avalanche that could have occurred... but it didn't.

Reading the original publication, I can not tell if the authors of the paper claim that the freak avalanche happened, or could have happened:

Abstract
Here we show how a combination of irregular topography, a cut made in the slope to install the tent and the subsequent deposition of snow induced by strong katabatic winds contributed after a suitable time to the slab release, which caused severe non-fatal injuries, in agreement with the autopsy results.

Conclusion
Our work shows the plausibility of a rather rare type of snow slab instabilities that could possibly explain the Dyatlov Pass incident. Yet, we do not explain nor address other controversial elements surrounding the investigation such as traces of radioactivity found on the victims’ garments, the behavior of the hikers after leaving the tent, locations and states of bodies, etc.

The irregular topography is a small shoulder above the tent exists only according to Kuryakov, when is argued that he got the location of the tent wrong with 116m difference. The strong katabatic winds did not happen according to that same Kuryakov. If you base a theory on data you either comply with all of it or none of it. Choose which circumstance for the weird avalanche you have to give up.

Then we have the intimidating spaghetti bawl of formulas in which they apply parameters for the location of the tent on the slope of Kholat Syakhl which the scientists have no way of knowing. Such parameters no one has reported, not even Kuryakov, and I couldn't sense Gaume & Puzrin to have ever been to the location to take measurements.

I am not saying the formulas are not impressive (I wouldn't know), but you can't "brand" your scientific paper with Dyatlov Pass, well you could and they did, but to me, this is poor taste. Kuryakov did a PhD on the Dyatlov Pass incident and was removed from his post for using his position for personal gain. Gaume & Puzrin are doing the same thing, getting kudos for using the Dyatlov Pass incident for research that applies to any mountain. It is good work (I have been told), that only proves that freak avalanches can occur in general. It doesn't reinforce any theory because the avalanche theory has flaws that do not originate in the possibility, I repeat possibility, not plausibility, of an avalanche.

Photos of the tent and witnesses testify that there is no sign of an avalanche. If the snow started moving it must have stopped at the tent. Hikers could have not, and would have not retreated calmly, in order, all clustered together along the path of the alleged avalanche.

Forensic medical examiner Vozrozhdenniy testified that Lyudmila Dubinina, Semyon Zolotaryov, and Nikolay Thibeaux-Brignolle died minutes after the impact and the footprints do not show anyone being carried down. Case files 381-383

If the authors do not claim to have solved the case but only reinforced a very old theory that is very strongly disproved, why all these headlines?

Has science solved one of history’s greatest adventure mysteries?

The bizarre deaths of hikers at Russia's Dyatlov Pass have inspired countless conspiracy theories, but the answer may lie in an elegant computer model based on surprising sources.

New research identifies an unusual avalanche as the culprit behind the 1959 Dyatlov Pass Incident. Has science solved one of history’s greatest adventure mysteries?

New research offers a plausible explanation for the Dyatlov Pass Incident, the mysterious 1959 death of nine hikers in the Ural Mountains in what was then the Soviet Union.

The Dyatlov Pass incident left nine Russian hikers dead in 1959. Now thanks to "Frozen", the mystery has been solved.

The Dyatlov Pass incident, one of the most famous missing hiker mysteries, may have just been solved

In 1959, nine Russian hikers unexpectedly went missing. Scientists finally have a compelling theory as to why.

Has the mystery of Dyatlov Pass finally been solved?

Reflecting the feedback from the comments (close to 1000 at this moment) on January 31 the headline was changed to:

A Russian expedition ended in 1959 with the deaths of nine hikers. The tragic incident continues to concern us today. What triggered it has now been clarified.

Here is what Russian press has to say about these "findings":
"Some scientists, in particular from Switzerland, blamed the death of the Dyatlov group on an avalanche. Quite recently, we heard same conclusions from the former prosecutor, who was the head of the supervisory review of the circumstances of this terrible tragedy. We don't find it amusing anymore, but rather sad to read such conclusions over and again. Even if they are supported by the most complex mathematical calculations, formulas and diagrams, they still do not have the answer to the most basic question. Even if on a slope of Kholat Syakhl under very specific circumstances an avalanche can occur, what is the probability for such an avalanche on that fateful night? In our opinion, exactly the same as the probability of a bear attack." It is possible but not plausible.

Swiss scientists "found the culprit" of the tragedy at the Dyatlov pass: what did they not account for

Swiss scientists accused an avalanche of killing a group of hikers: what does not add up here

This “scientific” theory is a great example of the state of journalism these days, as well as, unfortunately, the state of science.
Quite a rubbish conclusion all the more coming from scientists who are not at all familiar with the case. And to refer to the Disney movie " The Snow Queen" , really it's incredible ... It would be laughable if it wasn't a matter of death of nine young hikers.
Disney owns part or all of National Geographic .
The audience of these publishing clowns is still sane and happy to flood the news with an appropriate feedback

The mass media and their friends in the lower media are only interested in what sells. Its rare when any Journalist breaks the mould. Because most Journalists want to make money as well. And of course if a Government wants to cover something up then theres not a lot any one can do about it. Except maybe wait until a day comes when a Government also wants the Truth to be known to all.
If it Bleeds, It Leads.
In this case it seems like it is easier to copy a news than to come up with your own. In order to form an opinion you need time, and it won't be news any more.
Avalanche? How is this a news?
Complete and utter nonsense.
Add comment
Related articles