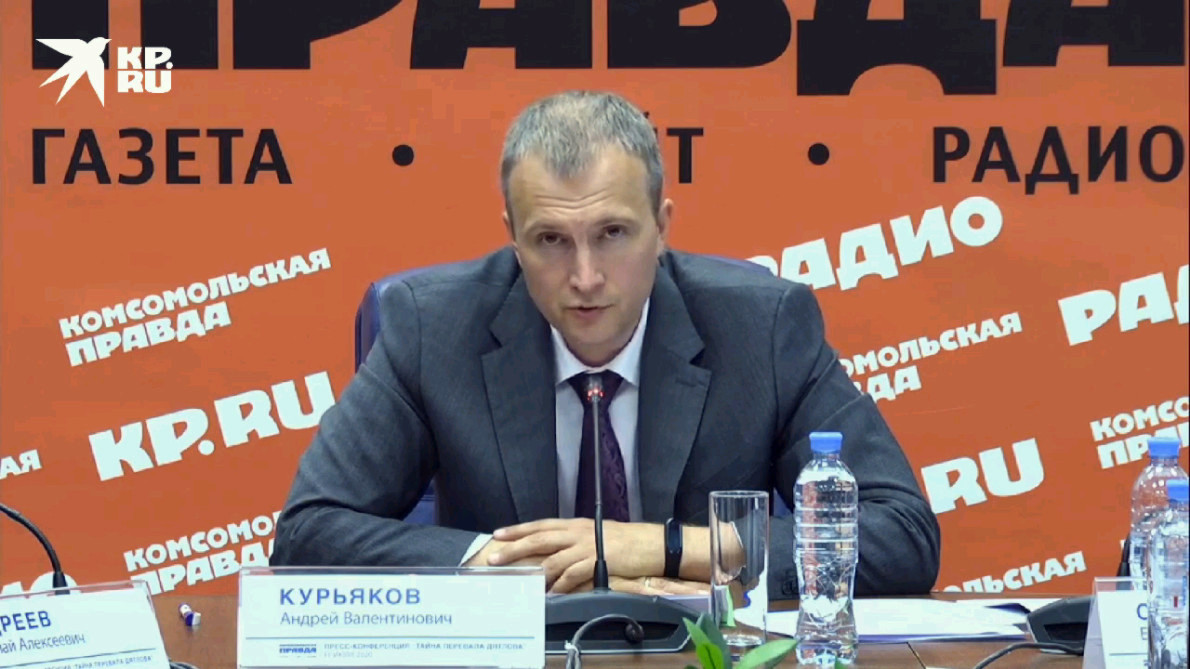 The press center of Komsomolskaya Pravda discussed one of the most likely, according to the conclusions of the Sverdlovsk prosecutors, versions of the mysterious death of the hikers in the Northern Urals. Here is a reconstruction of the last hours alive of Dyatlov group

In the winter of 1959, a group of nine hikers didn't return from the mountains of the Northern Ural. A fifth-year student of the Ural Polytechnic Institute Igor Dyatlov was leading the group. For 18 days the group was supposed to ski 300 kilometers along the north of the Sverdlovsk Region and climb two peaks. The expedition was of the highest category of difficulty according to the classification of the 1950s. A month after the group went missing, rescuers found a cut tent and five frozen bodies within a disance of one and a half kilometers on the slope of the nameless pass. The bodies of the rest were found only in May. The investigation found that some of them died from the cold, but some had fatal injuries of unknown origin. What exactly happened to the Dyatlov group is still a mystery to this day.

In September 2018, Komsomolskaya Pravda journalists appealed to the prosecutor's office of the Sverdlovsk region on behalf of an elderly relative of one of the dead hikers with a request to establish the circumstances of the death of the entire group. There have been dozens of versions so far, but not one of them is convincing.

A painstaking check began with the investigative prosecutor’s group going to the scene of the tragedy, many expert examinations and declassification of archival documents. Finally, the results of the audit were obtained, which was announced to us by one of the heads of the prosecutor’s inspection, attorney Andrey Kuryakov. He is currently writing a PhD thesis on this topic. Here we go.

Why did they pitched the tent in such a strange place?

During an expedition of the highest, third category of difficulty in the Northern Ural, on February 1, 1959, Igor Dyatlov, Lyuda Dubinina, Zina Kolmogorova, Aleksander Kolevatov, Yuri Doroshenko, Semyon Zolotaryov, Yuri Krivonischenko, Rustem Slobodin, Nikolai Thibeaux-Brignolle reached the eastern slope of Mount Kholat Syakhl. According to modern microclimatologists from the Voeykov Main Geophysical Laboratory, they faced north-west wind of 8 m/s, with gusts of up to 30 m/s. 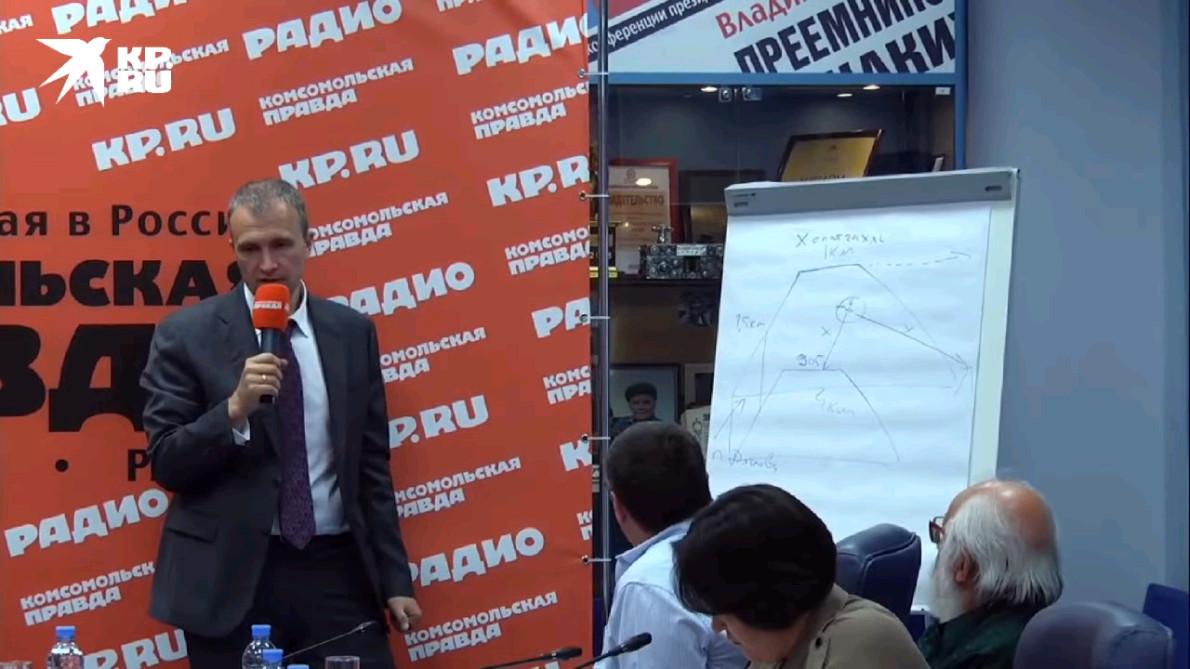 They went uphill, and then along the slope for about 2.5 km, rose by five in the evening to a height of about 900 m above sea level.

– They decided to put up the tent in a place located 800 m below the top of Mount Kholat Syakhl and retreating 150 m from the northeast spur, said Andrey Kuryakov. - This is the calmest place on the slope, there is the so-called wind shadow, where the wind speed was 10-15 percent less than on the whole slope. Experts located the exact place of the tent with great accuracy, using phototechnical examination of photographs of the 1959 searches and modern photographs taken in March 2019 during an expedition to the Dyatlov Pass.

And yet, in our journalistic opinion, it is difficult to imagine a more inappropriate place for overnight. We are sure that many mountaineers will agree with us. There is a constant and strong wind. This place is cold even in summer. On a hot August day, we ourselves moved along the slope of Kholat Syakhl in dense windproof clothes and froze. And the Dyatlov group winter equipment was lousy in comparison with the current hiking ammunition. But back to the test results.

A situational examination conducted by two independent masters of sports tourism from Perm and Yekaterinburg indicates that the installation of the tent took about two hours. At 5 pm they began clearing the site, and by 7 pm, when the tent was set up with an entrance to the south, they went inside, took off their wet clothes, changed into dry clothes and began to prepare for dinner.

From the case files it is known that Thibeaux-Brignolle and Zolotaryov were better dressed than the rest. One of them - Nikolay, most likely, was on duty that evening, and Semyon, who had experience in hiking in the Carpathians and in Dombai, probably understood that the slope could be avalanche-hazardous and preferred not to undress. But this, of course, is only an assumption. No exact information on Zolotaryov’s thoughts at that time was documented.

Further, situational experts argue that it was Semyon who could hear the characteristic sound of an avalanche starting above the tent and signal the entire company to flee. Hikers cut the canvas and ran down from the avalanche. A similar emergency exit is registered in all textbooks on sports tourism, and the guys acted strictly according to the rules.

It is curious that, according to experts, the Dyatlov group managed to sleep for the night in the most avalanche-hazardous place, where the slope is 25 degrees. And the accumulation of snow occurs 150 meters higher. The snow layer could have disappeared later, but the weather played a cruel joke with the guys. On the last day of the fateful expedition, a sharp drop in temperature occurred - from the thaw to severe frost. In addition, the northwest wind intensified, which blew from top to bottom along the slope at an angle, drawing even more snow onto the snow frame above the hikers tent, and as a result tore it off.

Let us return to the examination of the microclimate, whose author Galina Pigoltsina, Doctor of Geographical Sciences, established that at the time of leaving the tent (at about 9 pm) the wind-cold index (the effect of wind on a person at various temperatures) was 30 degrees below zero. This means that hikers could not only cool down for a maximum of half an hour, but also get frostbite on exposed skin. Closer to night, the index went down and the Dyatlov group had little chance for survival.

What happened at the cedar?

Kuryakov claims that having descended a mile and a half on the slope to the border of the forest, the hikers stopped under a big cedar and decided to make a fire. They didn't warm up because there was not enough snow to make a hole to hide.

Now the border of the forest has moved significantly up the slope and in the cedar area you can easily fall into a snowdrift, waist-high, but in 1959 the searchers found the bodies of Doroshenko and Krivonischenko under the tree, barely covered with snow. Why didn't the hikers go a few tens of meters deeper into the forest is unknown. It can be assumed that they froze so much during the descent that they decided to make a fire here, without wasting energy on further movement.

Andrey Kuryakov, relying on the conclusions of situologists, suggests that Doroshenko and Krivonischenko were the first to die. They actively collected firewood for the rest. But since all the lower branches of birches, firs were covered with moss, hoarfrost, ice and did not burn, branches for starting the fire had to came from the cedar, and they climbed up the trunk. The fire burned out for an hour and a half. By this time, both Yuri spent all their stamina in extreme cold. They had no strength left to survive. 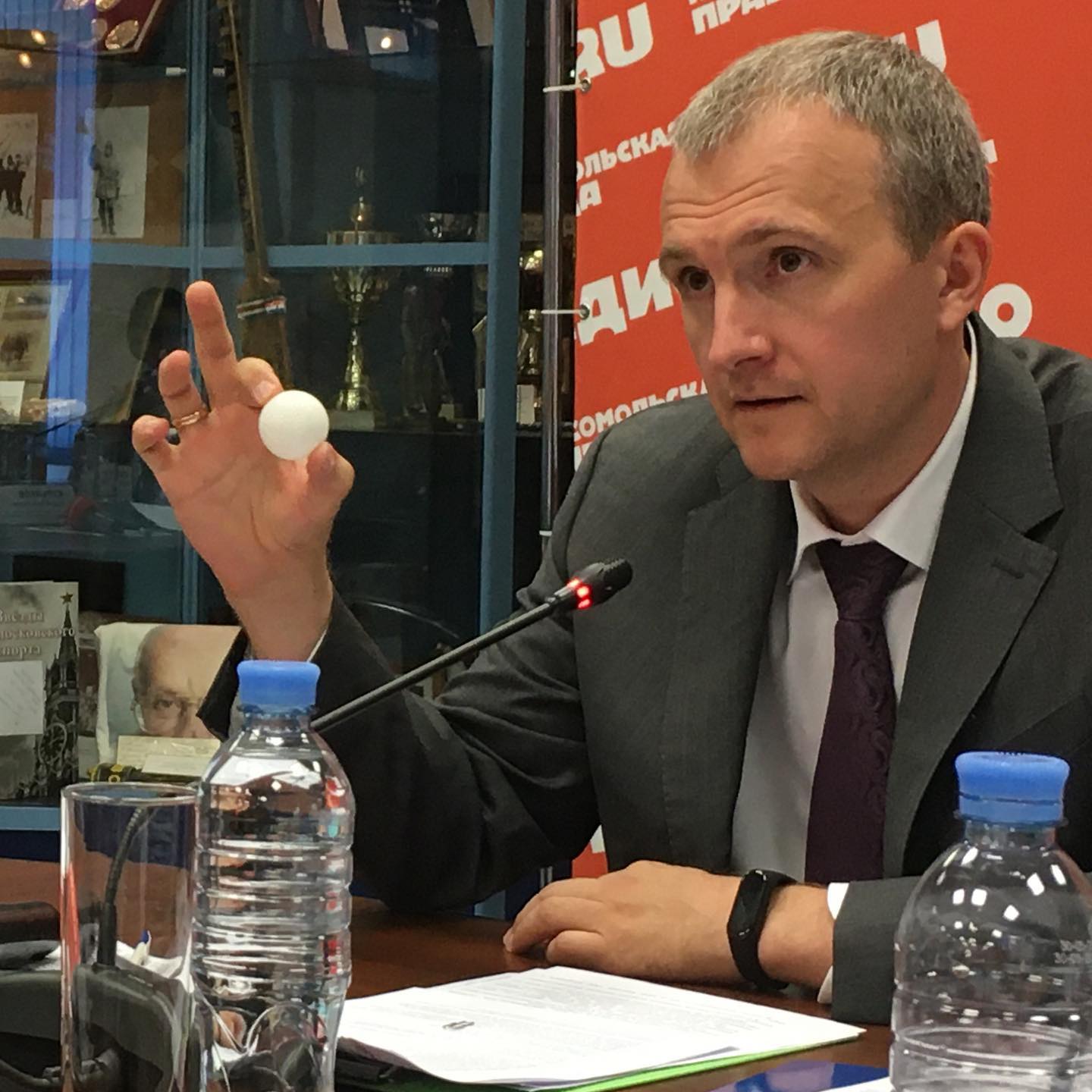 The expert explains with the help of a table tennis ball how the injuries of Zolotaryov, Dubinina and Thibeaux-Brignolle occured.

The guys took off the clothes from their dead comrades, wrapped themselves in tatters and decided to return to the tent. And this was the only right decision for survival, but they made it too late. By 3 am, the wind-cold index was already 46 degrees below zero! And visibility was no more than 16 meters - a strong blizzard, moonless night. To find a tent under such conditions was akin to a miracle. But the miracle did not happen.

How did the rest die?

Dyatlov, Slobodin and Kolmogorova, one after another, began to climb back along the slope, but due to overcooling the felt helpless and fell to the ground. The remaining four - Zolotaryov, Dubinina, Thibeaux-Brignolle and Kolevatov moved 50 m southwest from the cedar away from the fire to the ravine of the fourth tributary of Lozva. They raked snow, made flooring from small tree branches. Sat on the floor and prepared for a cold overnight. The snow started pouring into the hollow.

According to the forensic examination conducted by 6 experts, the major fractures of the ribs on Lyuda and Semyon were caused by a snowfall of up to three meters in height. The four hikers fell from the flooring to the bottom of the ravine which filled up with snow.

According to the conclusion of the geodesy and cartography specialist of the Rosreestr Directorate for the Sverdlovsk Region, the slope steepness, i.e., the angle of the slope to the horizontal plane at the location of the bodies of Kolevatov, Dubinina, Zolotaryov and Thibeaux-Brignolle, is 11, the channel of the right source of the fourth tributary of Lozva has steep banks, especially the left. The height of the cliff is about 2 m, and in winter, together with the thickness of the snow cover, it can reach 3 meters or more. All this suggests that the hikers during the excavation cut snow and provoked its collapse.

– Besides Krivonischenko and Doroshenko, the rest died on February 2 from about 1 to 2 am, 4-5 hours after their last meal, says Andrey Kuryakov. - For most of them, the cause of death was hypothermia, and Zolotaryov and Dubinina died from chest injuries.

- It turns out that the group was at the wrong time and in the wrong place? - finally we asked the expert. Would have they survived if they had stopped a hundred meters further?

– Probably yes. But even in such terrible weather, they did everything they could to survive. The frost, blizzard and darkness were stronger than they could overcome.

There still was a rocket!

Supporters of the technogenic version of Dyatlov’s tragedy are sure that the hikers death is somehow connected to an unsuccessful rocket tests. They refer to the launch of a rocket on February 2 from the Kapustin Yar training ground. It is known that this flight ended in an accident, but the details of the accident are classified.

The prosecutors managed to establish that there really was a launch. Only according to the now declassified data of the Ministry of Defense, it had no relation to the tragedy at the pass, because the rocket flew in a completely different direction and fell near the city of Emba in the Akhtyubinsk region of the Republic of Kazakhstan, covering a distance of 1,500 km.

What examinations were carried out?

Where did the radiation come from?

According to the prosecutor’s office, the most likely source of radioactive contamination of the clothes of Aleksander Kolevatov and Yuri Krivonischenko was the East Ural radioactive trail (which appeared after the accident at the Mayak Production Association in 1957). Both hikers visited the pollution area more than once on weekend trips. Accordingly, there they could "pick up" radiation on their clothes.

When the pants and sweater were examined during the investigation in 1959, experts found only beta radiation. This coincides with the main radionuclide composition of the EURT, in which beta emitters were detected.

We are grateful to the attorney Andrey Kurykov and the prosecutor's office of the Sverdlovsk region for the work done. There are a number of ambiguities in the version they presented, but it should be noted that such an in-depth study of the topic at the level of state bodies and using state powers was carried out for the first time.

We will not limit ourselves to one publication and will continue the topic of the examinations made, having talked with the experts themselves.

In the meantime, these questions remained open:

There are still many questions remaining to be answered.

You can discuss this article in Dyatlov Pass forum →