The prosecutor did not overcome the Dyatlov Pass 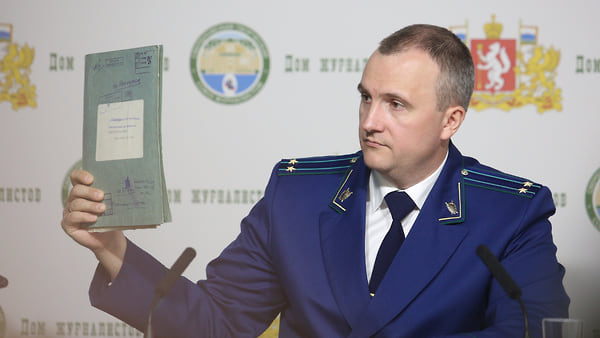 As it became known to Kommersant, the deputy head of the Prosecutor General's Office of the Russian Federation for the Ural Federal District, Andrey Kuryakov, who was involved in checking the death of Dyatlov's group, was dismissed from the supervisory department. The reason was a warning about incomplete official compliance from Prosecutor General Igor Krasnov. It was issued after a press conference at which Mr. Kuryakov announced the completion of the check on the death of the hikers. Later it turned out that these statements were not coordinated with the Prosecutor General's Office, but were made for personal purposes - to prepare a dissertation. The Kommersant source calls the main reason for the dismissal of Andrey Kuryakov his intention to promote his wife, who was the deputy prosecutor, to the post of prosecutor of Yekaterinburg. She is now also fired.

Andrey Kuryakov left the office of the Prosecutor General's Office of the Russian Federation for the Ural Federal District in October, a source in the department told Kommersant. Prior to that, Mr. Kuryakov received a warning about incomplete official compliance from Prosecutor General Igor Krasnov. The reason for this was a press conference dedicated to the results of checking the death of Igor Dyatlov's group, who died in the mountains in the north of the Sverdlovsk region in 1959. On it, Andrey Kuryakov said that the avalanche was the cause of the death of the hikers and that this version was fully confirmed.

As it turned out later, he did not make these statements on behalf of the GP, but to prepare a dissertation for the degree of candidate of legal sciences, follows from the document. Igor Krasnov called it a disciplinary offense in the form of improper performance by Andrey Kuryanov of his official duties.

The interlocutor of Kommersant said that although holding a press conference on behalf of prosecutors was a serious offense for Mr. Kuryakov, one of the main complaints about his work was the use of official powers.

"He tried to influence the change of the prosecutor of Yekaterinburg by promoting his wife Venera Kuryakova to this position, who served as the deputy prosecutor of the city."— told the source.

Venera Kuryakova was also dismissed from the city prosecutor's office.

Now the relatives of the dead hikers are seeking from the General prosecutor to officially refute the conclusions of the tragedy, which was voiced by Andrey Kuryakov. In addition, Igor Dyatlov's sister Tatyana Perminova asked the prosecutor's office of the Sverdlovsk region to acquaint her with the results of the check, but she was refused. The lawyer of the relatives, Evgeniy Chernousov, said that they would seek to initiate a criminal case under §a of Part 2 of Art.105 of the Criminal Code of the Russian Federation (premeditated murder of two or more people). Relatives insist that the cause of the death of the hikers was a man-made disaster during the launch of a rocket.

Recall that a group of nine hikers from the Ural Polytechnic Institute led by Igor Dyatlov died during a hike in February 1959. For 16 days of the hike, they had to ski more than 350 km and climb the mountains Otorten and Oyko-Chakur. However, they did not get in touch at the appointed time. According to the prosecutor's office, the search operation began on February 20, during which the bodies of the hikers barely clad were found near the cut tent. On February 26, 1959, a criminal case was opened. During the investigation, it was found that the tent was abandoned suddenly and simultaneously by all the hikers. There were no bodily injuries or signs of struggle on the corpses, all valuables remained intact.