"The prisoners told us - the hikers were killed, but you are looking in the wrong place" 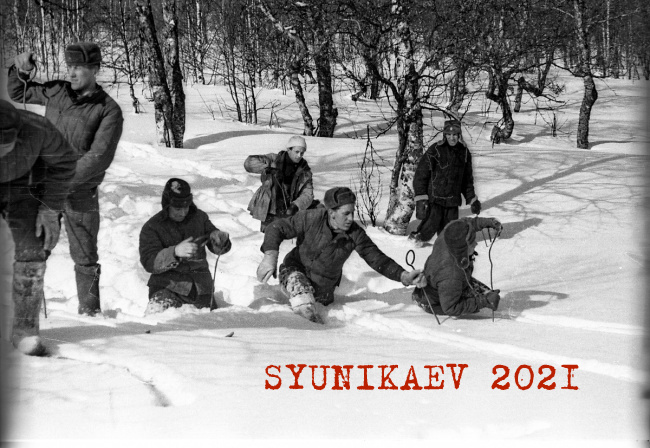 During the search for the Dyatlov group. Syunikaev is in the first row in the center

In the winter of 1959, nine hikers under the leadership of Igor Dyatlov disappeared in the mountains of the Northern Urals. A month later, rescuers found their tent cut open. And within a distance of one mile down the slope five frozen bodies. The bodies of the rest were found only in May. Almost all the hikers were barely clad. Some had fatal injuries. It is still not clear why the students fled to the bitter frost and to their own death.

Hundreds of people, both civilians and military, took part in the search for the hikers. Their peers, students of the Ural Polytechnic Institute, flew to the then unnamed pass. For several weeks, servicemen from the 5th railway company, headed by Lieutenant Colonel Shestopalov, worked there. And there was another group of military men from military unit 6602 under the command of Captain Chernyshev. It consisted of conscripts of the armed camp guard. Among them is Sergeant Hamza Sinyukayev. He is now 85 years old. Hamza Fazylovich lives in the Kurgan region, on the border with Kazakhstan. The search for Dyatlov's group was remembered by him as the most unusual incident in his army service. 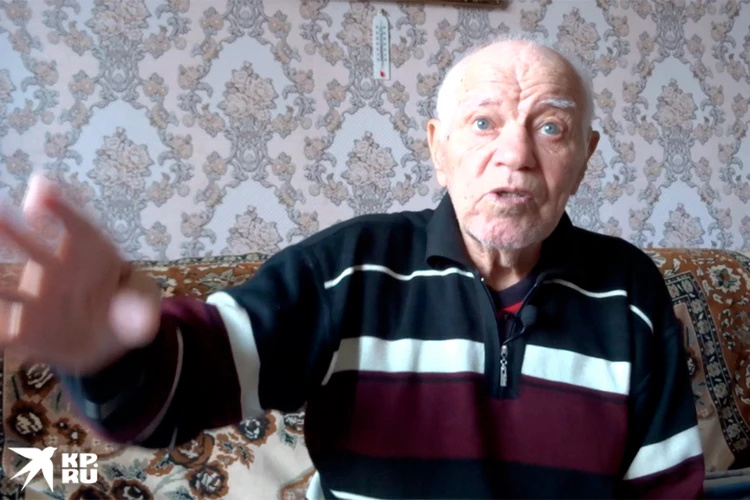 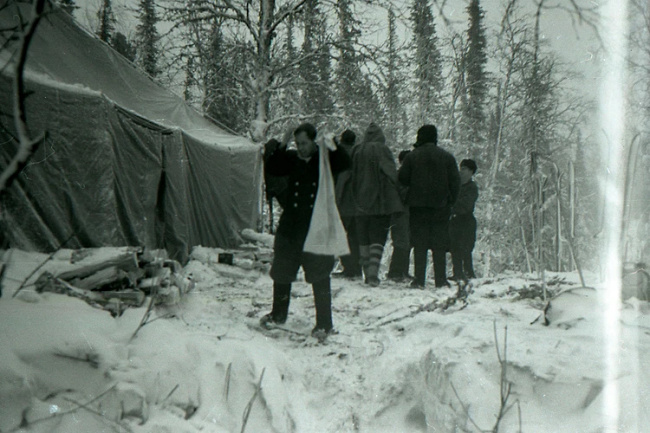 The tent of the searchers. 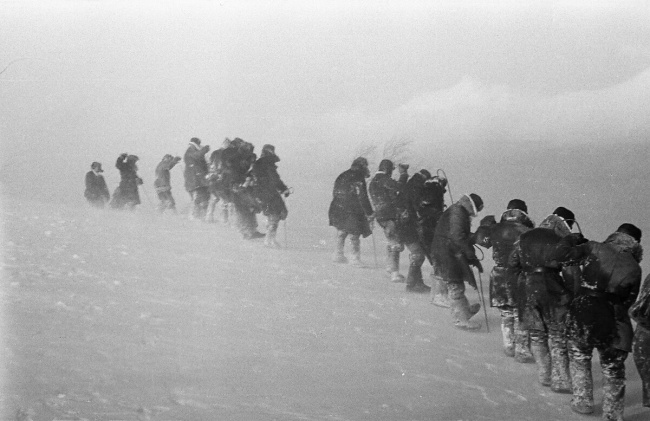 The search went on in difficult weather conditions. 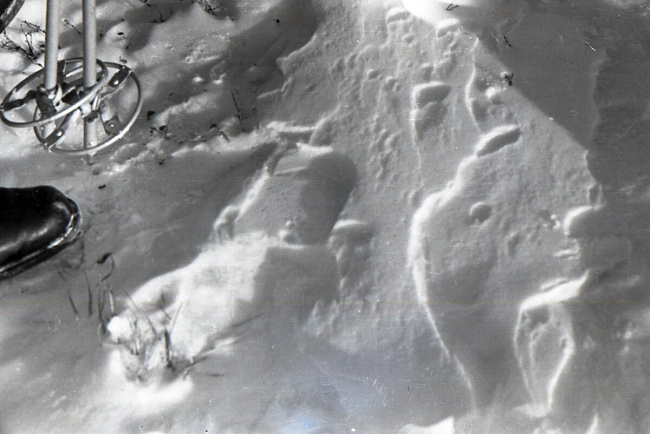 A footprint from the boot left before the search group arrived.

The opinion of the prisoners who know everything, in our opinion, is rather dubious. However, in the memoirs of Hamza Syunikaev there are interesting moments that show the reality of the searches that took place. At the very beginning, the missing hikers rushed to search zealously - and what was on the surface - the tent, the first bodies - were quickly found. After that, the enthusiasm clearly died down. It became obvious that the remaining four hikers also died somewhere nearby. Because what is the point of trying if the snow will soon melt and the bodies will reveal themselves on its own.

Syunikaev refutes the version of an attempt on the life of the hikers by fugitive convicts, proving once again that no prisoner will rush into the mountains in winter, where one can die from the cold.

And here again these mysterious balls. Yes, we already wrote that these balls are most likely traces of missile launches. The launch dates of rockets from Kapustin Yar and the dates when the searchers saw the fireballs in the sky over Otorten coincide. But this time "sounds of explosions were heard" behind Mt Otorten, where the balls were leaving. If such information about the explosions of, presumably, fireballs behind Otorten is confirmed from any other sources, it will be a serious reason for further investigation of this mystery.

We thank Hamza Fazylovich for this conversation.

And if you have reliable information about the death of the hiking group on the Dyatlov Pass, write to us: vars@kp.ru, konata@kp.ru.

You can see Potyazhenko's landing site and Syunikaev's unit 6602 camp on these maps. But take a closer look. Potyazhenko drew his landing site on a rock on the steep slope of Otorten. Semiletov and Bobrikov based their maps on the one Potyazhenko drew and gave Kuntsevich, but they moved Potyazhenko's landing site on the Lunthusaptur lake, the first place where a helicopter could have landed south of Otorten. The route on the last (simplified, no contour lines) map is drawn by Potyazhenko himself in 2014 during an interview by Irina. The route is clearly not ending on Otorten but the Dyatlov Pass. In that same interview Irina says that she had given up showing Potyazhenko other maps he can't see well. His sight has not gotten any better in four years when he circled in 2018 where he landed in 1959. Also he had taken picture of the rock where he landed and that is the rock with the monument plaque on the Dyatlov Pass. In another interview by Olga Potyazhenko clearly says that he "landed near a rock on the saddle between Auspiya and Lozva". When Potyazenko was shown a modern photo of Kholat Syakhl and the outlier rock: "here I was sitting (landed near the rock), there is a descent (points south to the Auspiya valley), in this place there was the soldier's camp..." Where did he see the tent of the Dyatlov group, he points to the Kholat Syakhl slope, "700 meters from the rock". 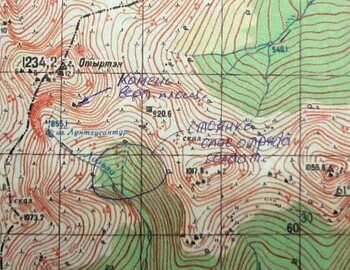 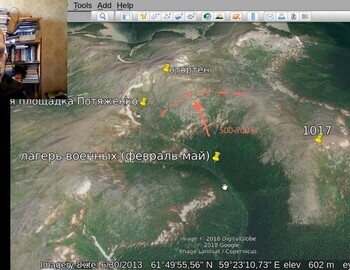 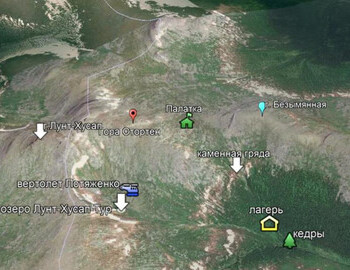 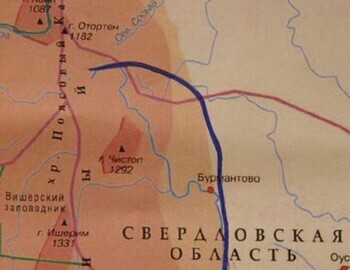