In this infamous case there is a persistent talk about brown-red or orange discoloration of the of skin of the victims and their clothes. Lets track this claims to their origin, and see what they amount to.

All autopsies were performed in the morgue of Ivdel central department hospital, PO Box №240 in daylight and sunny weather. 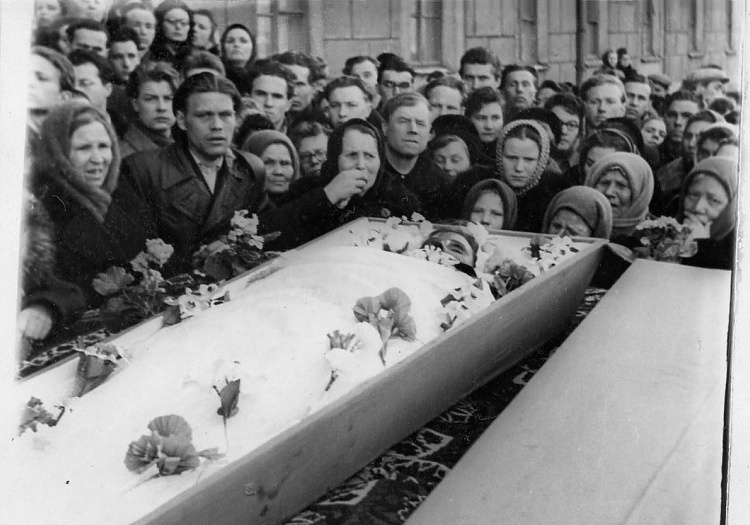 Witness testimony of Rimma Kolevatova given on April 14 (Case files pages 270-272). This is before the body of her brother was found: "I was present at all the funerals of the group. Why were their faces and hands all so  dark brown ? How can we explain the fact that the four of them who were beside the fire, they were obviously alive, why didn’t they try to return to the tent? If they were considerably better dressed, as far as I can see from clothes missing from the tent... if it was a natural disaster, then for sure, after being warmed by the fire, then the guys would have crawled back to the tent. The whole group wouldn’t have perished from an Arctic storm!" 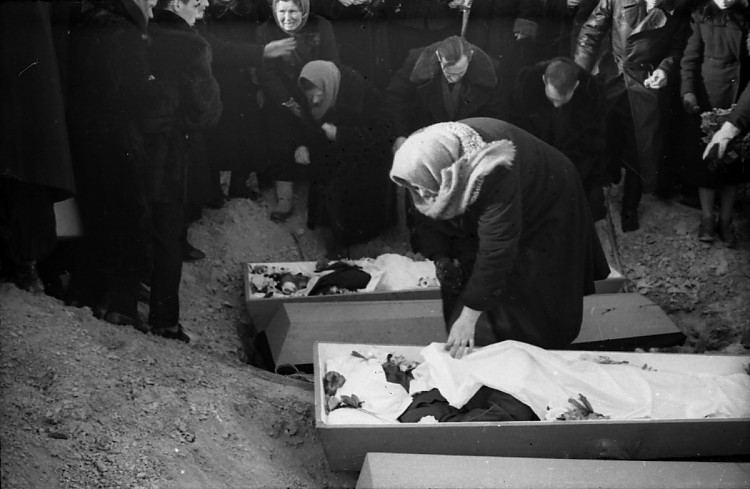 Yuri Kuntsevitch, the head of the Dyatlov Foundation in Yekaterinburg, remembers: “At that time I lived next to the cemetery, and was 12 years old, so I was really interested. I tried to push through the crowd to see everything, but it was impossible. I was amazed by some of the people in the crowd. They were wearing trilby style felt hats and had jodhpurs or motorcycle riding pants. They were supervising the procession with their faces blank, expressing nothing. I was standing on a pile of earth at the graveside and I was about eight meters from the bodies. Their skin had a somewhat  brick color , and I saw some of the students helping to lower the coffins to the graves. It was said they were there despite being forbidden to leave their classes to attend." 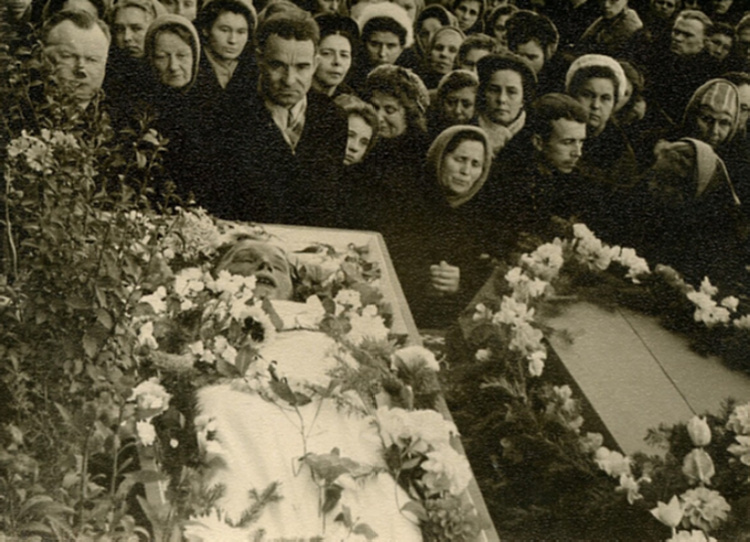 At the autopsies the color of the bodies was normal for the 3+ weeks and 3 months respectively exposure to the elements after the 5 days of snow reflective sunburn. You can see from the visualization the shades that a corpse is going though in his normal cycle of decay after frostbite. The first time the mysterious dark red, brick color is noticed at the funerals. What happens between the autopsies and the funerals, especially when the caskets are going to be open? Prep work by a mortician. If you try to color the shades you read about in the autopsy reports, especially if the mortician is not the best, what kind of color do you think is gonna come out? Looks at the colors from the autopsies. And only the bodies found in March were seen off in open caskets. From the hikers found in May only Dubinina's father was allowed to see the body of his daughter and sources say he fainted. Nobody is discussing the color of their faces.

Also there are recollections for the contrary, that the bodies were of a natural color for the state they were in. But these reports are not so sensational to repeat. In this case only what is shocking seem to make it to the surface. Georgiy Karpushin, senior navigator of the 123rd flight detachment of the Ural Civil Aviation Administration remembers: "I can argue, since I saw the bodies of the deceased, that they were of a natural color, and not of any orange color, as they later said."
Read the interview →

we immediately noticed that Doroshenko, especially his hands were  black  up to his elbows, and it’s not just brown, as many have observed there, his face is a little brown in color, as if exposure from a flash of fuel is possible, but he clearly had... that he was trying to warm them, it was clearly... a fire. We immediately noted that his hands were frostbitten to such an extent that he did not feel anything, when he was still trying to warm them. Some impression that the slightly unburnt skin was already  black ...
Read the interview →

From an interview with Yuri's elder brother - Konstantin Krivonischenko: 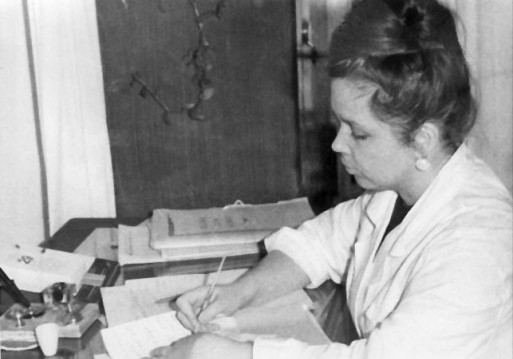 In 1999 medical forensic expert (specializing in tissues) Genrieta Eliseevna Churkina (now Makushkina) speaks about the coloring of the clothes on the bodies found in May. She was present at their autopsies:
"I was present during the medical examination of the bodies conducted by Boris Vozrozhdenny. I remember well when they took off their clothes and hung them on ropes, we immediately noticed that they had some strange  light purple hue , although their natural colors were different. I asked Boris - Don't you think that the clothes are processed with something? - He agreed."

Her son Igor Olegovich Makushkin doesn't remember anything to have been said about discoloration of the clothes, but he remembers talk about orange snow. Read the interview → 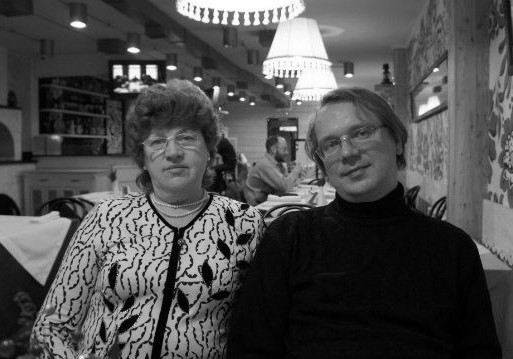 In 2011 Irina Nikolaevna Rashevskaya, sister of Yuri Doroshenko, writes a letter to "Internet Center of Dyatlov Group Tragedy" in which she says: "We were very poor. For 4 years of study, mother somehow managed to get Yuri a coat because all he had was a jacket. This is in the freezing Sverdlovsk. Unthinkable. And she sent him a coat. And this when Yuri was no longer alive. How did mom cried. I remember that she was telling and showing a sweatshirt and a sweater, both ruined. Tinted with  orange  powder. It seems all the dead were  orange ."

Later on Irina Nikolaevna recounts the powder part, she remembers only that the clothes were tinted orange.

Irina didn't know much of what is going on with her brother Yuri because according to her own words "When Yuri entered UPI, we left for Kazakhstan. I was 10 years old. When Yuri died, I was 13 years old." It is all hearsay. Yuri was closer with his brother Volodya, who was 3 years younger, studied in UPI and died from a heart ascending Elbrus in 2008. 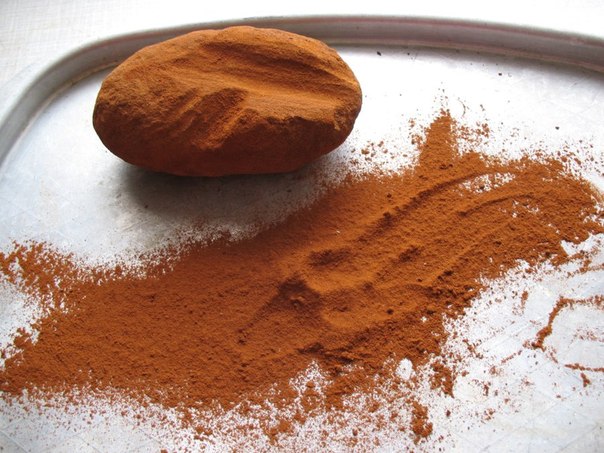 One theory says that Mansi guarded the deceased from Dyatlov group before the search parties got to them. They tried to help their souls with the transition in worthy afterlife according to their believes. Maybe trying to talk to the departed souls. Mansi are using ocher to decorate their sleds and yurts. Read the research below about the use of the red and derivative color hues in the religion of the tribes from same family.

"... The reddish color, embodied by ocher and other dyes (in Ob's blackheads, is a decoction of the larch bark, the paint from the plant Pomegranate, etc.), in archaic cultures associated with blood - a relevant force, a topical beginning. Thus, in the Mansi, the kellankwe verb 'dye' is etymologically close to the word kelp 'blood, bright red, red' [Romandeev, Kuzakov, 1982, pp. 235-236]. In primitive thinking, blood had magical powers, including rejuvenating, invigorating and purifying qualities. In accordance with it it was used: drank, smeared the body, sprinkled, etc. [Levi-Bruhl, 1994, pp. 522-523]. According to the field materials of the 1991 expedition, even in the middle of the twentieth century, the Lyapin Mansi had a tradition of drinking only the killed deer, which was attributed to its medicinal properties. Notwithstanding that, in primitive thinking, the use of blood or a substitute (reddish paint) on the body or articles of clothing and everyday life gave them certain characteristics that could protect a person and satisfy his needs. Z.P. Sokolova [1972, p. 59] described the funeral ritual of the Khanty rivers of the Sini and Kunovata, the entry of the tombstone..." Source Colour-symbols-in-Ob-Ugrians-traditional-clothing.pdf 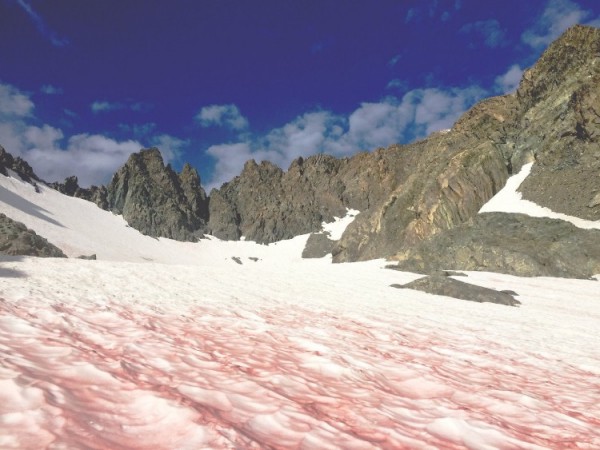 Vladimir (ВэйС) visited the slope of Kholat Syakhl in 2013. "On June 18 this year, moving along the snowfield, approximately in azimuth 230-240 degrees from the location of the tent and at a distance of 700-800 meters we found an orange-red spot located right on the surface of the snow and penetrating deep into the firn by about 8-10 mm The spot was not plaque-like, as it happens when tree pollen falls on the snow, the snow itself was colored evenly, without spots, on an area of ​​about 300x250 mm... We slightly dug up the spot, measured it, all this was done without gloves. Returning to the camp we discovered that this substance stains the clothes quite visibly and persistently and could be wash out only after the second even third time.

Upon returning to Yekaterinburg, photographs and a description of the spot were handed over to specialists of the Institute of Plant and Animal Ecology of the Ural Branch of the Russian Academy of Sciences, who easily classified this raid as Watermelon snow (Chlamydomonas nivalis), green unicellular algae. Chlamydomonas nivalis is a unicellular red-coloured photosynthetic green alga that is found in the snowfields of the alps and polar regions all over the world. They are one of the main algae responsible for causing the phenomenon of watermelon snow, where patches of snow appear red or pink (Wikipedia).

The algae can develop on the surface of water, snow and ice. It blooms after the darkest and coldest period of winter, with a slight heating of the water, which turns green and, as the weather clears, turns pink or turns red. Temperature of +4C is already deadly. Thanks to protection from ultraviolet radiation, which is dangerous for other organisms at heights, it can reproduce at an altitude of up to 3.7 km above sea level. Latin name is Chlamydomonas nivalis (Bauer) Wille" 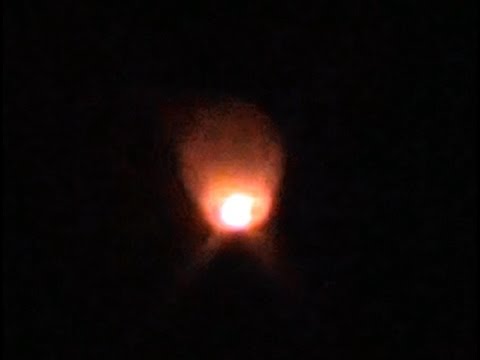 Orange spheres in the sky

There are many sightings of light balls in the sky in this period of time and area. I am going to address all of them - more than 20, in a separate publication, here I am citing the only one where it says that the phenomenon was orange-red in color.

Valentin Gerasimovich Yakimenko says that on 03/31/1959 a large ball of fire was moving directly at them from southeast. The phenomenon lasted 20 minutes, and then disappeared behind the height of "880". Before this, "a star appeared from the center of the ball, which gradually increased to the size of the moon, began to fall down, separating from the sphere." The same was observed on February 17 throughout the Northern Urals (from Tagil to Ivdel).

“The ball moved silently,” says Valentin Gerasimovich Yakimenko, a participant in the search in 1959. “It was orange-red, the size of a rising moon.” Gradually, the circle was losing its features, blurring. We experienced curiosity rather than fear ... Inside the ball, the movement of the jets was felt, the body itself resembled a plasma. And, probably, that's why we had the idea of ​​ball lightning. But this is only an assumption, no more... – Kizilov

The theory circulating the internet is: "Orange spheres were sighted in the sky on the night the Dyatlov group died by campers about 50 miles away from the scene; some explained these away as R-7 intercontinental missile launches, seeing as the last campsite was located on the pathway from Baikonur Cosmodrome to Chyornaya Guba, a Soviet nuclear testing ground."

I have many problems with this statement:

There is no much left from Chyornaya Guba.